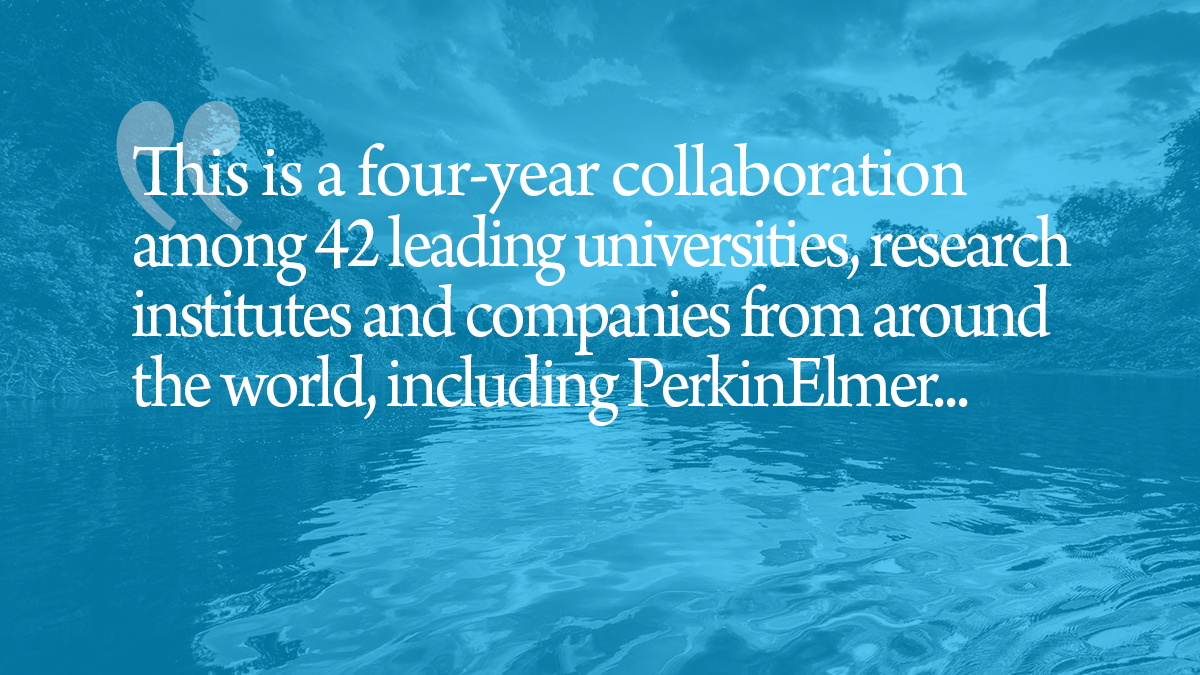 June 10, 2019
Click Here to View All Blogs About Material

Nanomaterials play an important role in our lives, only most of us do not even know it. Defined as any natural, incidental, or manufactured material that measures between 1 nm – 100 nm, nanomaterials can be found in just about everything — from our food, water, and air to electronics, medicines, and the very clothes on our backs.1

Just how big an impact nanomaterials have on our health and the environment as a result of both manmade and natural causes is now the subject of two major European-funded projects, NanoFASE (Nanomaterial Fate and Speciation in the Environment) and ACEnano (Analytical and Characterization Excellence in nanomaterial risk assessment).

This is a four-year collaboration among 42 leading universities, research institutes and companies from around the world, including PerkinElmer, as one of only two analytical instrument companies in the consortium and a recognized leader in nanomaterial characterization.

According to its charter, the objective of NanoFASE “is to deliver an integrated exposure assessment framework, including methods, parameter values, models, and guidance that will allow industry to assess the full diversity of industrial nano-enabled products to a standard acceptable in regulatory registrations.”

In addition, the methods and tools it develops will be used to assess how use phases, waste streams, and environmental components (such as air, soil, and water biota), serve as “reactors” in modifying and transporting engineered nanomaterials (ENMs) and controlling their uptake by organisms.

This technology, capable of isolating single nanoparticles in air, soil, water, and sediment samples, will allow scientists for the first time to assess the overall number, size, and concentrations of different nanomaterials that may be toxic, Chady Stephan, PerkinElmer’s Senior Leader of ICP-MS Applications, says. “Without this new technology, that level of research would be impossible,” Stephan says. “Eventually, NanoFASE participants will leverage these new capabilities to develop benchmarks on how to handle nanomaterials based on their life cycle and to gather a better understanding of how they are impacting the environment.

From this information the project hopes to develop guidelines for developers and users of nanoparticles on how to handle these materials to help advance EU regulatory standards for nanomaterial handling,” Stephan says.

“NanoFASE’s focus is on developing an integrated environmental risk assessment framework and method catalogue for engineered nanomaterials (ENMs) that will support both the development of academic understanding and actual decision-making by regulators, industry, and small and medium-sized enterprises,” adds Claus Svendsen, NanoFASE’s Coordinator and a Senior Researcher at the NERC Centre for Ecology and Hydrology in the UK.2

The second EU-funded project, ACEnano, is a consortium of 25 academic, public, and private industrial institutions coordinated through the UK’s University of Birmingham. ACEnano is developing a one-stop solution to nanomaterial characterization in the form of an easy-to-use, on-line Risk Assessment Toolbox that will be made available to everyone.3 The toolbox will provide a reliable nanomaterial grouping framework, featuring a contextual hazard or exposure description of nanomaterials “that will facilitate decision-making in the choice of techniques and standard operating procedures, linked to a characterization ontology framework for grouping and risk assessment and a supporting data management system.”4

“To achieve that goal, the ACEnano project will leverage appropriate analytical techniques, instruments, and equipment to test nanomaterial properties in developing nanomaterial characterizations for the toolbox,” says Prof. Eugenia Valsami-Jones, Director of the Facility for Environmental Nanoscience Analysis and Characterization at the University of Birmingham, UK and ACEnano coordinator. Included among these instruments are the PerkinElmer Optima® ICP-OES, NexION ICP-MS and the Hyphenated TGA-IR-GC-MS technology which allow scientists to measure a wide range of nanomaterials in parts per billion and parts per trillion and are very useful in identifying nanocontaminants in virtually any sample type.

“The NexION’s single particle mode measures the size of individual particles, building up a size distribution, and crucially can distinguish between nanoparticles and dissolved material,” says Prof. Valsami-Jones, who adds that this feature has the potential to revolutionize nanomaterial identification. “Nanomaterial development is advancing faster than our current understanding of their fate and impact on both us and the environment,” PerkinElmer’s Stephan concludes.

“As a global leader in nanotechnology analysis, we believe our hyphenated TG-IR-GC-MS technology, combined with the NexION Single Particle ICP-MS, provides the ACEnano initiative with an ideal solution to investigate nanomaterial release into air, soil, and water from various types of samples such as pharmaceuticals, plastics, rubber, and any other nanomaterials enabled products.

As we learn more about nanomaterials, both the NanoFASE and ACEnano projects will set benchmarks on how best to handle these materials in the future.”