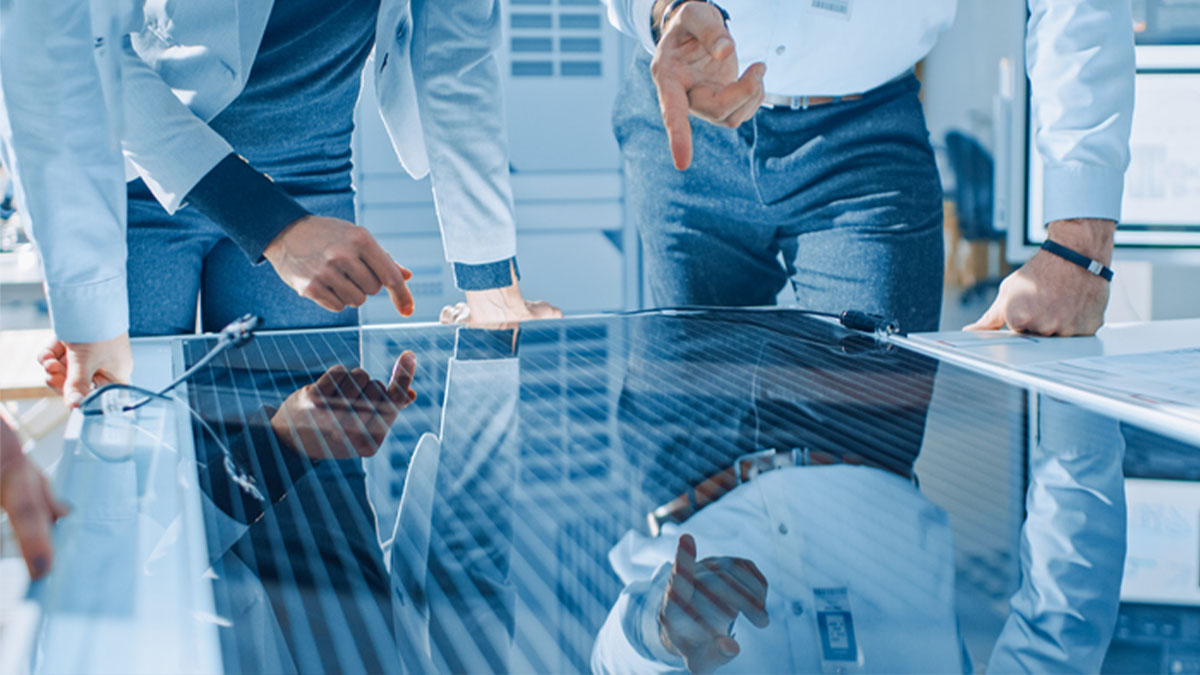 Solar power has the potential to deliver inexpensive, clean, and renewable energy to millions of people around the world-while also being part of the solution to climate change.

Solar power only generated 2% of the total electricity in the United States1 from October 2018 to September 2019, from both homeowners and large-scale operations. And although adoption has increased over the years because of a consistent drop in price due to innovation, the upfront cost of installation is still a deterrent for most. Of all the solar technologies, photovoltaic (PV) has the most potential to be the cheapest to generate electricity.

New solar materials and energy technologies such as PV thin films could bring the cost down and open the marketplace up to more people. Renewable energy, especially solar power, can be an essential part in slowing climate change, reducing carbon footprints, and improving air quality-and 87% of homeowners report helping the environment as a main reason they have or have considered installing solar panels.1

Photovoltaic thin films are a rapidly emerging technology and are less efficient than standard PV solar cells-but they are much cheaper to manufacture. Researchers have found that by layering PV thin films, they can increase efficiency across the entire spectrum of light. By varying the composition of the film materials, each one is made to optimally perform at a specific wavelength.

To increase efficiency further, engineers can match the solar performance of the films for better control of the conversion of photons to electrical current. To calculate solar cell efficiency, scientists use ultraviolet-visible-near-infrared (UV/Vis/NIR) spectroscopy that can measure various optical and intrinsic material properties of solar cell materials, including effects of weathering and film coating analysis.

The use of UV/Vis/NIR spectroscopy to analyze a range of optical and material properties of primary and secondary components used in solar cells, including final product and sub-assembly components, is becoming widespread. When combined with appropriate sampling modules, it can be used for measurement of total, diffuse, and specular transmission and reflectance properties of samples, both in solid and powder form.

Precise and accurate optical characterization measurements, such as reflectance, transmission, and absorption properties, are required for raw materials and photovoltaic cells during the solar-cell manufacturing process.

And advances in the field of precision metrology have facilitated the development of new UV/Vis/NIR spectroscopy devices-including the PerkinElmer high-performance LAMBDA 1050+ system-for highly accurate, variable-angle optical measurements that can be used to mimic natural processes, such as changes in incidence of sunlight on solar cells and concomitant effects.

Learn more about how engineers have used UV/Vis/NIR spectroscopy in the development of high-efficiency PV solar cells here: