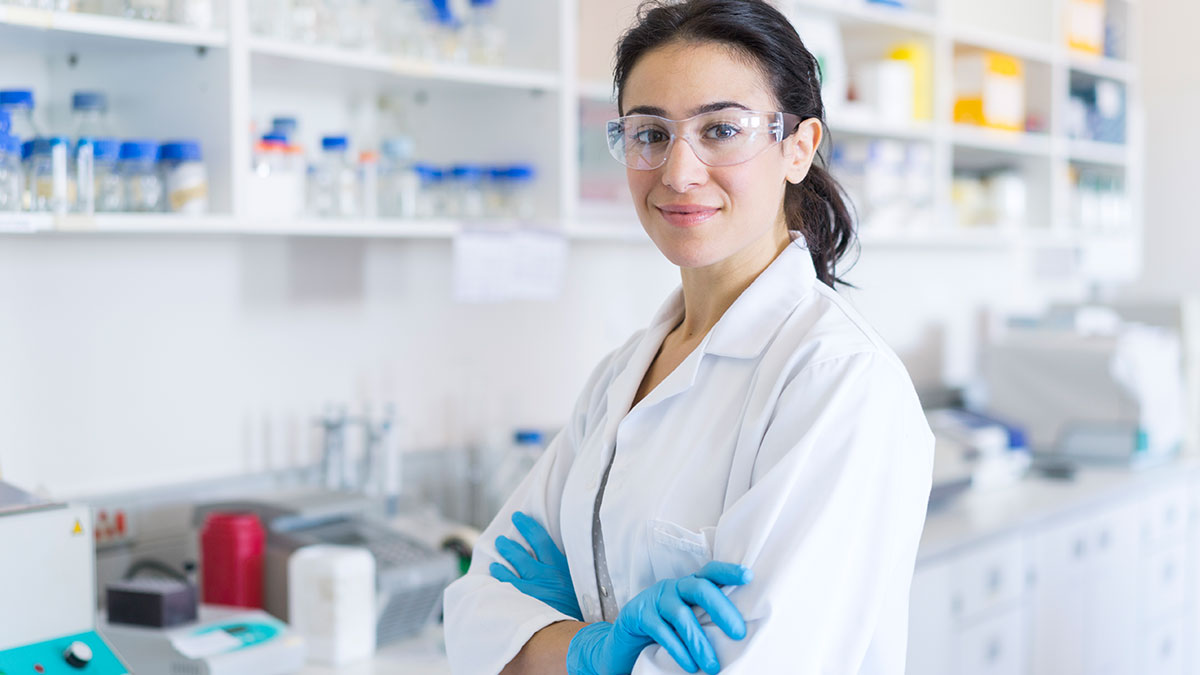 Gas Chromatography Explained: What It Is and How It Works

If you study pollutants in the air and water or control food or beverage quality, you’re probably familiar with a GC detector and know quite a bit about Gas Chromatography (GC).

This article is for the rest of us. Those who may be a little familiar with the term but could use a really good definition of what GC is and how it works.

Botanist Mikhail Tswett has been credited for creating the first chromatogram in 1900 to study plant pigments, including chlorophyll and carotenes. Over time, its use has spread to many other applications for separating complex mixtures.

So, what is GC anyway? It is an analytical technique used to separate the chemical components of a sample mixture and then detect them to determine their presence or absence. It is also used to figure out how much is present in the sample. Organic molecules and permanent gases are the most common chemicals analyzed by GC. It can analyze compounds in the boiling range from nC1 to nC100 as is the case with crude oil; however, the most applications are in boiling point range from nC3 to nC44.

The word chromatography comes from the Greek root words chroma and graph and translates to “color writing.” GC is a technique that separates a mixture of chemicals by letting them move slowly past another substance, typically a liquid or solid. In essence, we have a gas moving over the surface of something else in another state of matter (a liquid or solid) that stays where it is. The moving substance is called the mobile phase and the substance that stays put is the stationary phase.

A Gas Chromatograph is comprised of a heated inlet port, an oven, an analytical column, and a detector. Let’s walk through the process:

Samples are generally dissolved or diluted in a solvent and then injected onto the inlet port. Some samples such as essential oils are not diluted. Other methods of sample preparation, include sample introduction techniques such as thermal desorption and headspace. These are easy techniques for there is typically no or minimal sample preparation.

This is as simple as it sounds. The liquid sample is vaporized in the hot inlet and becomes a gas.

The separated compounds then leave the column one after the other and enter a detector, such as a mass spectrometer (MS). The use of a MS detector is helpful. Because of the huge amount of organic compounds, at times, compounds may elute at the same time. A MS helps identify what the compound is and separates them by mass. The time taken for a compound to travel through the column is called its retention time.

The GC produces a graph called a chromatogram, which shows peaks: the size of a peak indicates the amount of each component reaching the detector. The number of peaks shows different compounds present in the sample. The position of each peak shows the retention time for each compound.

Figure 1: How does GC work. 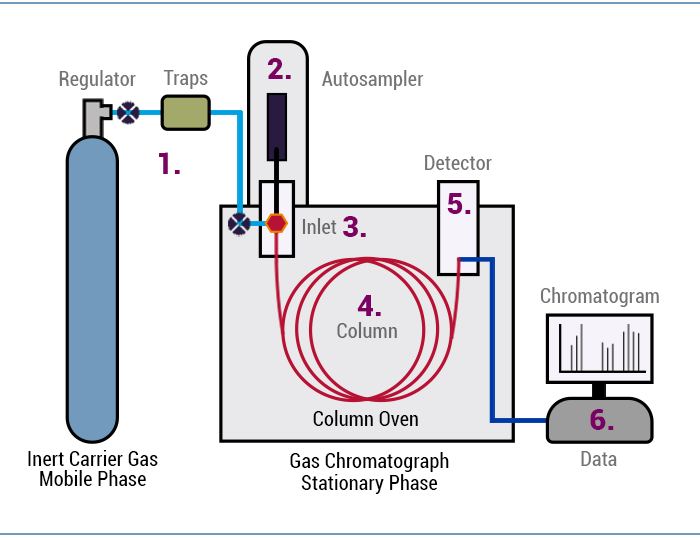 As illustrated above, the carrier gas transports the sample molecules through the GC system.

How Does Gas Chromatography (GC) Work?

When You Think GC—Think Separation and Detection

Simply said, GC is used to separate the chemical components of a sample and then detect them to determine their presence or absence. It can also be used to know how much of something is present in the sample.

Discover PerkinElmer Gas Chromatography Portfolio and how it can help your lab with GC analysis.

Other sources used to write this blog: https://pubmed.ncbi.nlm.nih.gov/8075776, https://elscience.co.uk/our-lab/gcms-work/, https://www.explainthatstuff.com/chromatography.html