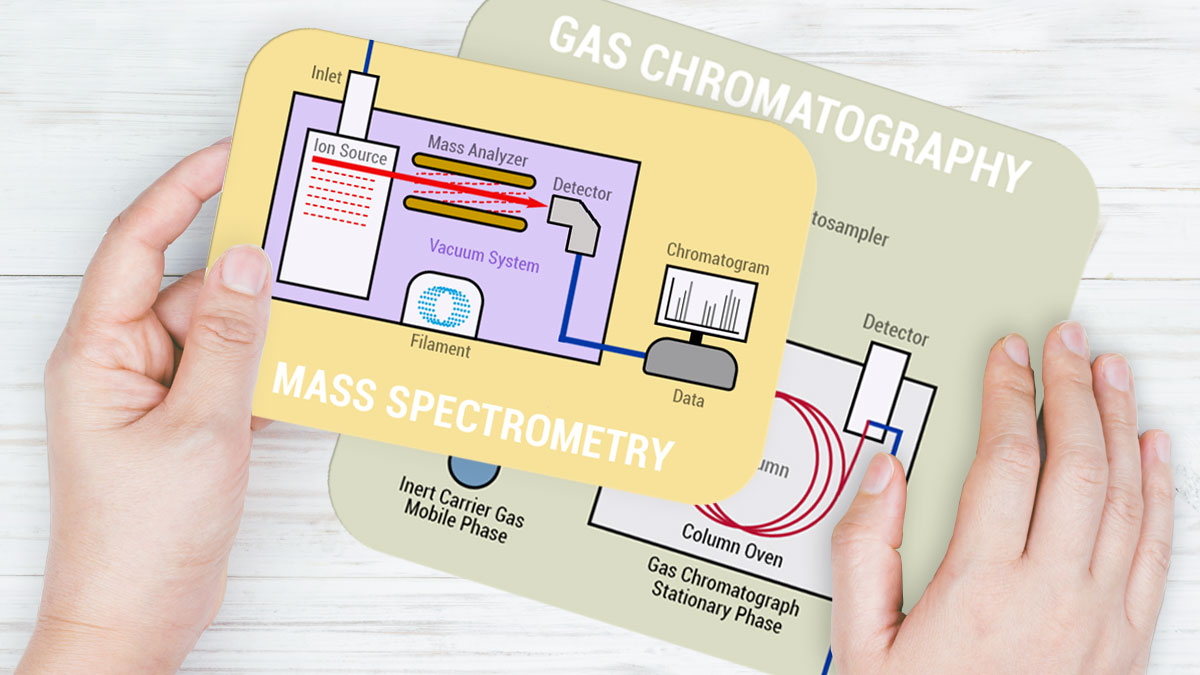 Chromatography Explained: How Mass Spectrometry Adds Information to Your Analysis

As discussed in the blog post “Gas Chromatography Explained: What It Is and How It Works” GC was defined – as well as how it works, and a quick 5-step overview. This post will focus on Gas Chromatography Mass Spectrometry (GC/MS) – and its role in the analytics lab.

Gas Chromatography/Mass Spectrometry (GC/MS) is an analytical process used for identifying unknown substances or contaminants that are present in very low quantities.

GC/MS is used to deliver information on sample quality and content by analyzing for specific compounds, making it a popular solution for many labs and manufacturers. So, let’s talk about how this process works and how it helps many types of industries, including pharmaceutical, industrial, food and drink, fragrance, epoxies, plastics, paper, and forensics.

If you’re wondering how a sample is analyzed, get ready for detailed explanation. First, a sample is injected into a gas chromatograph, where components are separated and then, the components pass into a device known as a mass selective detector. At this stage, a mass spectrum is obtained and compared against standard reference libraries to identify unknown components in the sample.

At best, a non-specific test can only statistically suggest the identity of a substance in a sample, which sometimes results in false positives. GC/MS, however, is a specific test and can, as a result, be used to positively identify the actual presence of substances in a sample. It gives another dimension of information to identify substances. This is particularly helpful in very complex mixtures, or mixtures that have very similar compounds that need to be distinguished. Either gaseous or liquid samples can be analyzed as small as several micro-liters. The whole process of GC/MS analysis might take seconds, depending on the complexity of the compound to be analyzed. 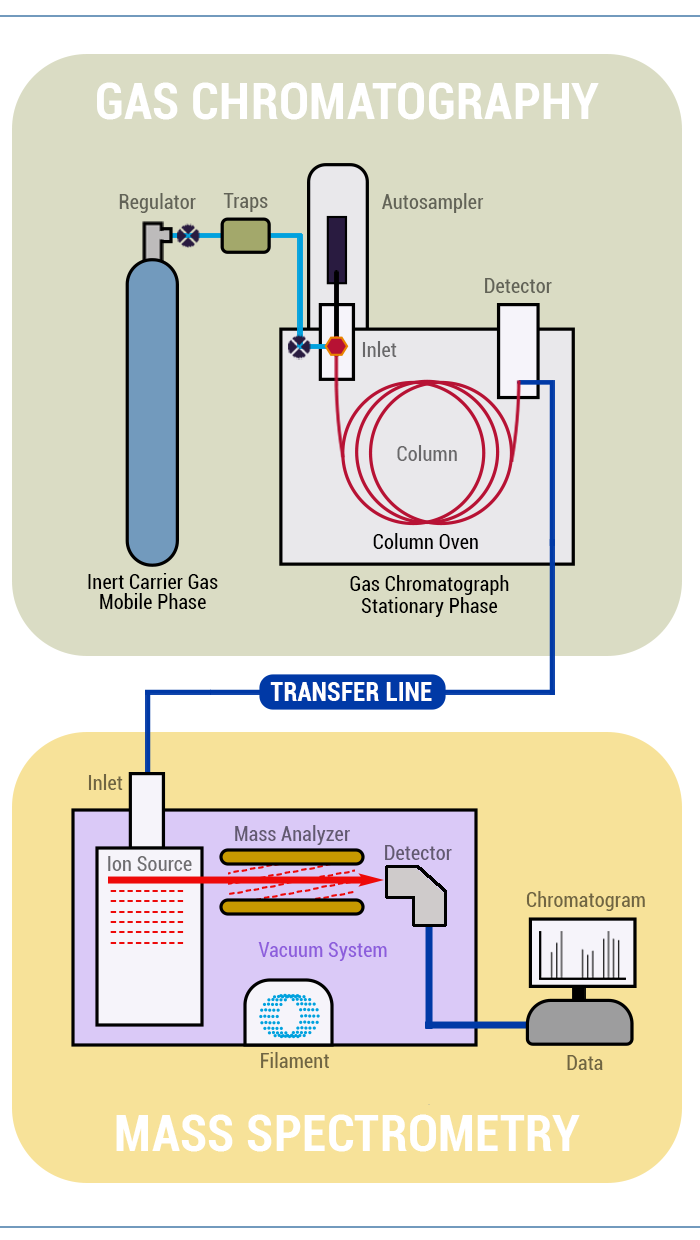 The mass spectrum is typically used to identify the components by comparing each to reference libraries of over 350,000 unique spectra. To quantify compounds within the analyzed sample, analysts establish a standard curve of known concentrations of each material.

While GC/MS analysis is a very useful technique, it is often combined with other methods to find comprehensive solutions to many analytical questions.

Discover PerkinElmer Gas Chromatography-Mass Spectrometry Portfolio and how it can help your lab with GC/MS analysis.