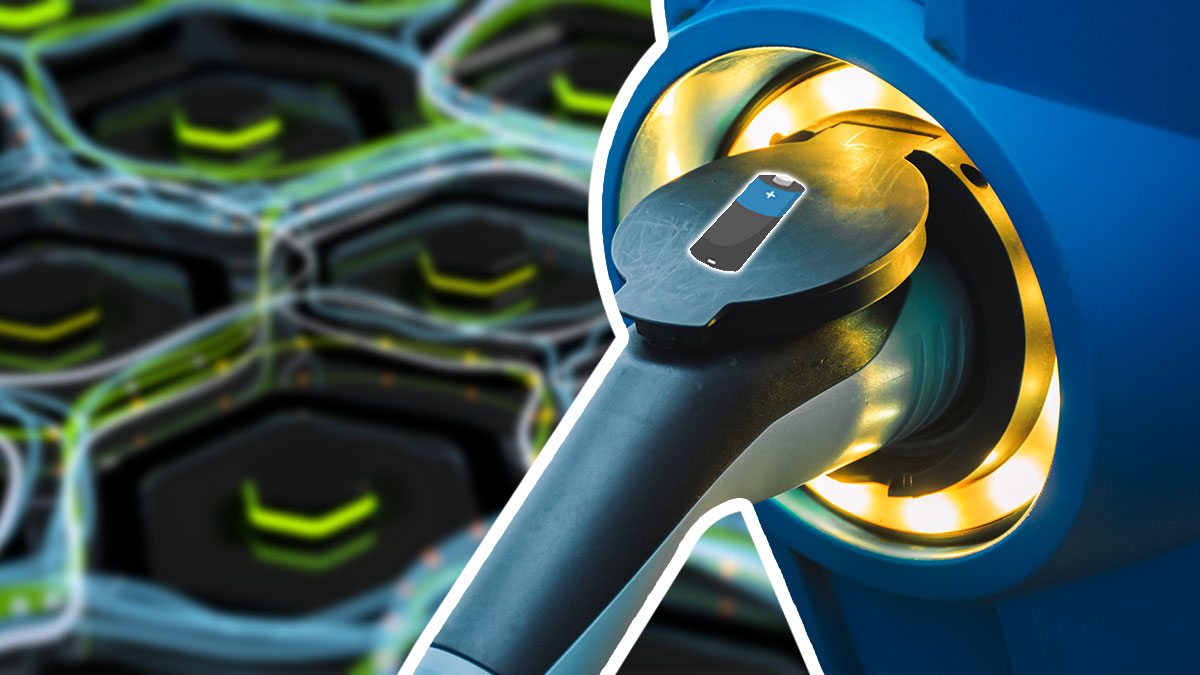 Could Sodium-Ion Batteries Be the Future of Alternative Energy?

November 9, 2022
Click Here to View All Blogs About Energy

Lithium-ion batteries (LIBs) have gotten all the press­­—and for a good reason. LIBs energy technology has been unlike any other. They provide powerful energy for electric vehicles, stationary energy units, electric tools, and other portable devices, plus their smaller footprints have made them the gold standard in energy innovation today. Yet even though LIBs offer long lifetimes, low toxicities, and lightweight configurations, sourcing the raw materials needed to create them significantly strains the environment. Read about the environmental impact of LIBs here.

The supply chain is also an issue with LIBs. The need for lithium is so great that lithium mining companies are struggling to keep up with demands. Establishing a domestic supply of lithium has become tantamount to oil security. The U.S. lags far behind, with only 1% of global lithium being mined and processed in the U.S., according to the U.S. Geological Survey. 80% of the world’s raw lithium is currently mined in Australia, Chile, and China, and materials prices have skyrocketed1.

Creating a different type of rechargeable battery that is large enough to store energy reserves while also being cost-efficient and stable is no easy task. And though building rechargeable batteries for clean energy sources may change how we consume energy for the better, the process of “getting there” can damage the environment. Other challenges that need to be addressed include maximizing energy density, maximizing durability, minimizing flammability, and sourcing cheaper materials.

Due to their environmentally friendly nature and low-cost properties, the sodium-ion battery (aka SIB or NIB) is a type of rechargeable battery similar to the LIB but uses sodium ions (Na+) as the charge carriers. (SIBs) have garnered attention as a technology worth watching in the future2.

4 Reasons Why Sodium-Ion Batteries May Power the Future

Exploring new electrolytes for SIBs has generally relied on the “solid electrolyte interphase” SEI theory to optimize electrolyte components. While innovations continue to support more energy-dense SIBs, they still fall short compared to LIBs. SIBs have an energy density of about 160 W h/kg, similar to older Li-ion batteries featuring a lithium iron phosphate cathode. In comparison, LIBs have a range of energy density from about 150 W h/kg for lithium-iron-phosphate cathodes to 275 W h/kg for nickel-manganese-cobalt cathodes.

Andreas Hofmann, a scientist at Karlsruher Institut für Technologie (KIT), Battery Technology Center, is working to solve battery energy storage issues by using a PerkinElmer GC/MS system to study both gases and liquids to develop new materials and cells. His work focuses on developing and producing new materials and cells into an overall battery system. Hoffman recently fielded a few questions about developing batteries that are more powerful, reliable, sustainable, and better for the environment.

Q: Why is Sodium being considered for batteries, and how is research in Sodium progressing?

Hoffman: We are working in the cluster of POLIS intensively with sodium-based cells. We investigate the decomposition products in Li-ion cells as well as in Na-ion. Sodium is much more abundant and exhibits a similar potential compared to lithium. Therefore, it might be a cheaper, better replacement for lithium in the future.

Q: What are your thoughts on research happening around solid-state electrolytes? Are the analyses needs the same as traditional electrolytes, or different somehow?

Hoffman: Solid electrolytes are a class of materials that are currently considered promising for using lithium as a metal in the battery. Currently, however, there are still difficulties, specifically in the solid electrolyte-electrode material interface.

Q: Do you think SIBs have a chance to become an alternative to LIBs for use on electric vehicles, stationary energy units, electric tools, or other devices? If so, how long do you think it will take SIB technology to come to market for these types of uses?

Hoffman: I think SIBs have the potential to replace Li-ion based cells in certain applications due to their properties. Currently, however, it is difficult to estimate in what time scale this can take place, as there are still some technological challenges to be solved. There are already manufacturers offering SIBs commercially, but from my point of view these are still limited. LIB is a proven technology and works really well overall despite some drawbacks.

At some point in the lifecycle, like all rechargeable batteries, LIBs and SIBs both lose the capacity to hold the same amount of charge as before. However, LIBs hold a charge much longer. A research team from the US Department of Energy’s Pacific Northwest National Laboratory (PNNL) may have developed a SIB with greatly extended longevity. A recent report published in Nature Energy states that a rational electrolyte design has been used to suppress the SEI dissolution. This change in the ingredients that make up the battery’s liquid core may help address some of the issues that have occurred with durability and performance3.

When it comes to costs and sustainability, SIB’s raw materials win the day. The price of sodium hydroxide is below $800 per metric ton, while lithium has risen to $78,032 per metric ton. SIBs are thought to be far better for the environment than LIBs. Lithium must be extracted from rocks or brine while battery-grade sodium hydroxide can be made during the electrolytic conversion of salt into chlorine4.

The construction of SIBS and LIBs is similar. During charging, Na ions move from a sodium- and iron-containing cathode through a liquid electrolyte and across a polymer barrier to a hard carbon anode. Upon discharge, the sodium ions return from the anode to the cathode. New SIB technology uses a naturally fire-extinguishing solution that is also impervious to temperature changes and can operate at high voltages.

SIBs Attract the Attention of Investors

Their similar electrochemistry to the established LIBs, temperature-change resistance, stability, and long cycle life have helped SIBs attract the attention of major investors. For example, the multinational conglomerate Reliance Industries bought the SIBs start-up Faradion in January 2022 for $135 million, intending to invest $35 million to roll out the technology for slower electric vehicles such as rickshaws or golf carts.

Though there are challenges in developing SIB technology, experts speculate they may one day replace LIBS for large-scale energy storage, light-duty electric vehicles, and other innovative applications.