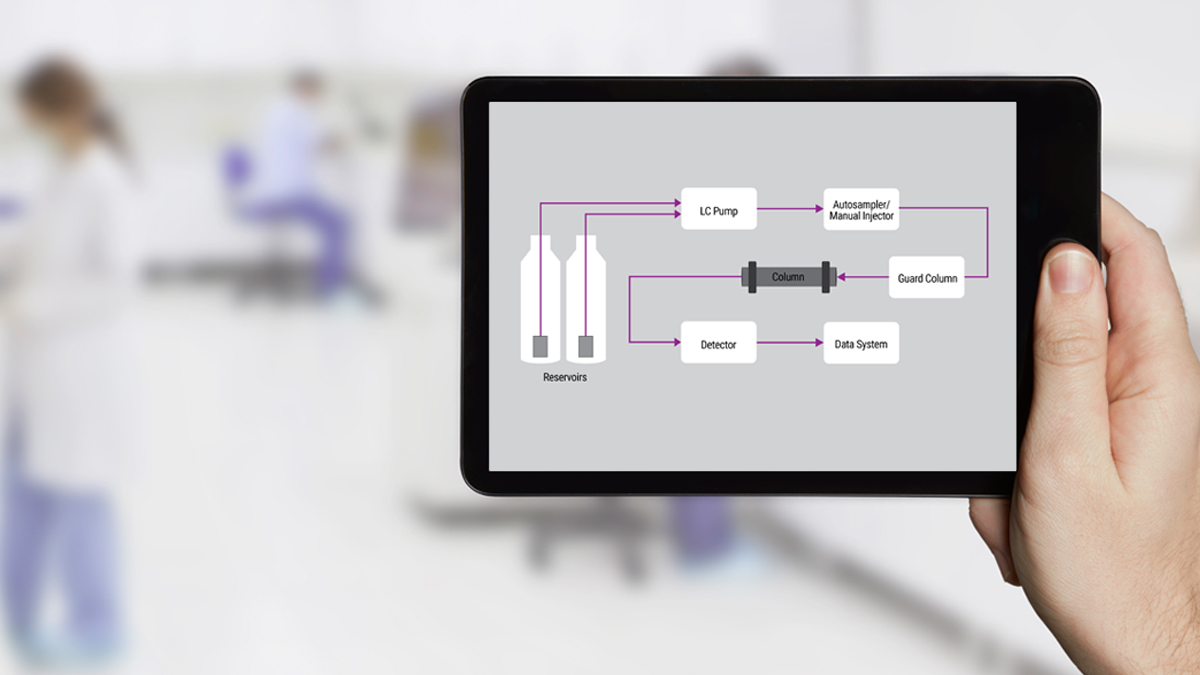 High Performance Liquid Chromatography (HPLC) is an analytical technique that is ubiquitous in labs across the globe. This technique is commonly used in labs for the purpose of separating, identifying, and quantifying components in a mixture. This post continues the series of Chromatography Explained and will focus on introducing HPLC and how HPLC instrumentation works.

Scientists A. J. P. Martin and R. L. Millington Synge were the first to develop a chromatographic approach using two liquid phases instead of one, traditionally used in gas chromatography. The two liquid phases enable the separation of compounds with different partition coefficients. This is considered the beginning of the development of high-pressure liquid chromatography and earned the two scientists the Nobel Prize in Chemistry in 1952.

Once separated, a detector measures the concentration of the analytes and converts them into electrical signals; the concentration of each component is proportional to the amount that was eluted from the column. The time taken between injection and detection – known as the retention time – is specific for a given set of chromatographic conditions and may be compared with a standard for identification.2,3

It’s important to note that there are many different detectors available. Some of the most common detectors are ultraviolet/visible (UV/Vis), photodiode array (PDA), fluorescence (FL), and refractive index (RI). Each response plotted time, resulting in a chromatogram.