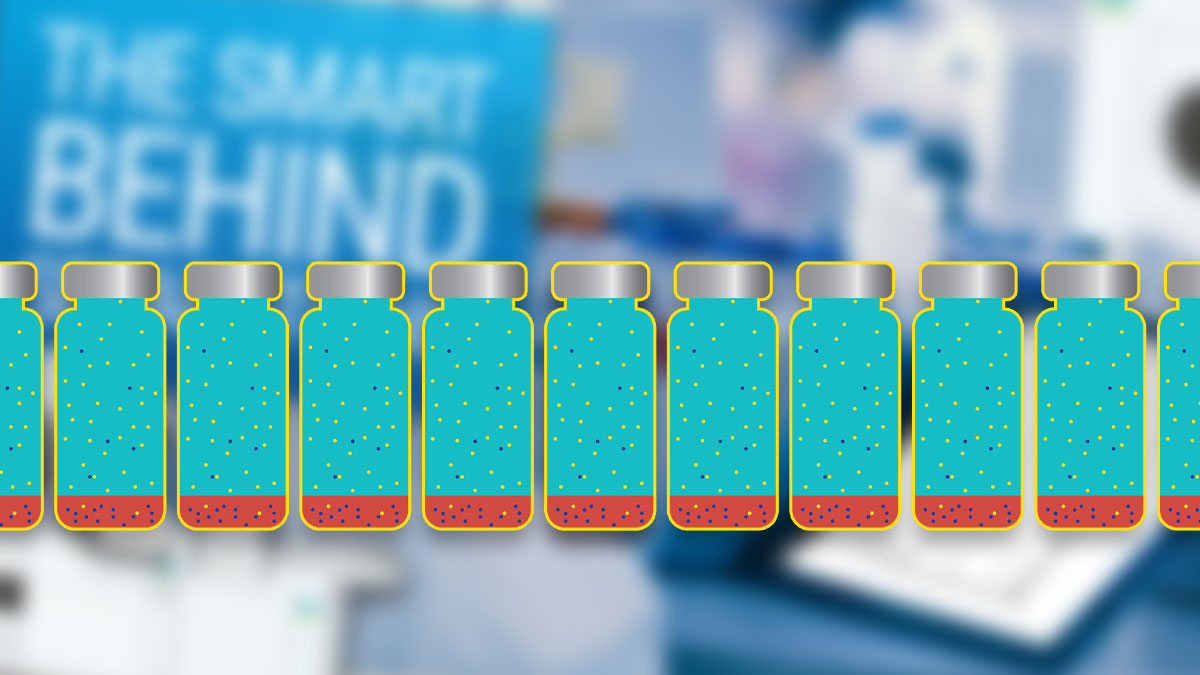 In a previous blog post Gas Chromatography Mass Spectrometry (GC/MS) – we detailed the role of GC/MS in the analytics lab. In this post, we review sample preparation technology for volatile samples.

Scientists that use Gas Chromatography (GC) study the volatile and semi-volatile constituents of samples. Some samples can be challenging to analyze, especially if the sample matrix isn’t appropriate to inject directly into the GC. Samples like this require a preparation step where the target analytes are removed from the matrix. This separation can be easy if the target compounds are volatile and have a higher vapor pressure than the non-volatile sample matrix. Scientists can use the volatility of the target compounds to their advantage and separate these analytes from the matrix using temperature. An instrument was developed that would heat samples to provide that separation, and would also inject those target compounds into the GC column for analysis following extraction.

Headspace technology was developed in the 1980s and acted as a camera in the vapor phase surrounding a particular material or object. The technique of headspace-gas chromatography (HS-GC) was originally invented by Professor G. Machata of the University of Vienna in Austria. The instrumentation of the technique was developed by an affiliate of Perkin-Elmer based in Germany.

To illustrate how headspace is used to extract volatile material from a heavier sample matrix let’s consider an application that is well suited for headspace sampling: perfume.

The composition of perfume may be highly complex containing water, alcohol, essential oils and other additives. If we inject such a sample directly into a typical GC injector and column, we get the chromatogram shown in Figure 1. Producing this chromatogram elutes compounds that are not needed—many see this as a waste of time and resources. Plus, many of these compounds may not be suited to gas chromatography and can contaminate the system or even react with the stationary phase in the column.

If we put a sample of this perfume into a sealed vial and heat it to a moderate temperature for a period of time the more volatile compounds will tend to move into the gas phase (or headspace) above the perfume sample. The more volatile the compound, the more concentrated it will be in the headspace.

Figure 1. Chromatogram from the direct injection of a perfume sample. 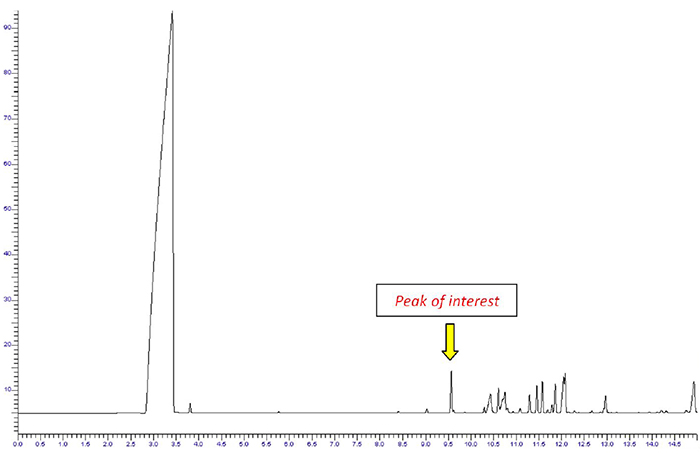 Conversely, the less volatile (and more GC-unfriendly) components that represent the bulk of the sample will tend to remain in the liquid phase. Therefore, a crude separation is achieved. If we can extract some of the headspace vapor and inject it into a gas chromatograph, far less of the less-volatile material will enter the GC column making the chromatography much cleaner, easier, and faster.

Figure 2. Movement of perfume molecules within a sealed and heated vial. 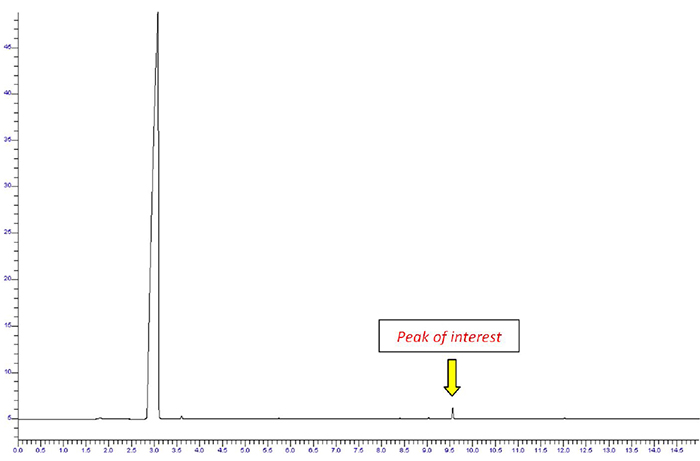 A headspace sampling system automates this process by first heating the sample for a measured period of time, and then extracting a small volume of the headspace vapor from the vial and transferring it to the GC column. Figure 3 shows a chromatogram produced from a headspace sample taken from the same sample of perfume that produced Figure 1.

Figure 3 Chromatography of a perfume sample with headspace sampling. 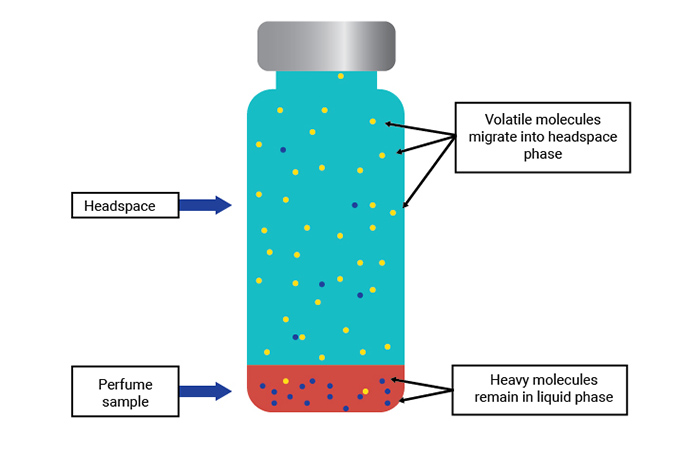 Headspace sampling is used for the qualitative and/or quantitative analysis of volatile species in samples that can be efficiently partitioned into the headspace gas volume from either a liquid or solid matrix.

It is also a good technique for the analysis of samples where the entire sample should not be injected into the GC instrument (i.e. samples that contain particles). Headspace sampling is also particularly amenable to the analysis of trace levels of analytes because as the analytes are extracted from the semi-volatile matrix they are inherently concentrated as well.

There are a few different types of headspace sampling, the first being the simplest: Syringe Injection. This is where a gas-tight syringe is used to withdraw a small volume of vapor from the headspace of a vial that has been heated and inject it into a GC split inlet. This can either be done manually or performed with a headspace instrument that uses a gas syringe as the basis for transferring headspace vapor from a thermally equilibrated vial to a GC injector.

Another type of headspace sampling that is used in many headspace instruments is valve and loop injection. These types of systems use a needle probe to puncture the vial and pressurize the vial with gas. Once the vial reaches equilibration at pressure the vial gases vent into the sample loop filling the loop with sample. Then the valve switches and the sample loop allows the sample to be swept into the GC inlet by the carrier gas. This is different than syringe injection because the sample is transferred to the GC injector by a controlled flow of carrier gas. The capacity of the sample loop itself is fixed, but it is not indicative of how much sample is actually injected.

Pressure and temperature changes and applied splits all have a direct effect on the volume of headspace vapor directed to the GC column. Out of the three types of HS systems, this is the most difficult to predict how much of the vapor actually gets injected into the GC.
Pressure balanced headspace sampling technology provides a more straightforward means of determining the amount of headspace vapor injected. This technology has the very big advantage in that it is a single-stage injection technique in which sample vapor from the headspace is introduced into the GC column without using a gas syringe or multiport valves. Instead, carrier gas pressures are precisely regulated to manage transfer, eliminating many of the sources of variability and contamination found in other systems. Additionally, because there is not a fixed volume sample loop users are able to change sample volumes by the settings within the headspace instrument method proving pressure balanced sampling to be more versatile than valve and loop.