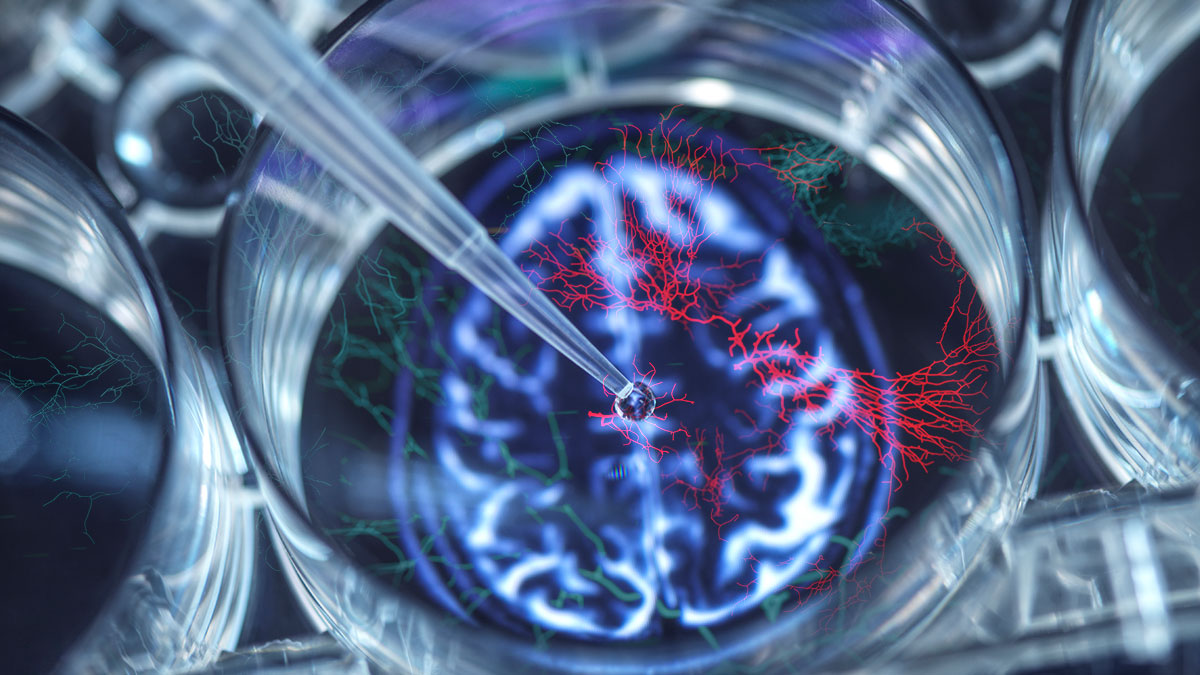 Amyotrophic lateral sclerosis (ALS), a fatal disease characterized by muscle dysfunction resulting from motor neuron degradation, was first described in 1824 by the Scottish scientist Sir Charles Bell.1 At the time, Bell and contemporary neurologists had not yet named the disease, nor had they clearly defined its diagnostic and clinical boundaries. It wasn’t until 1874 that the French neurologist Jean-Martin Charcot comprehensively described the disease and put a name to the collection of symptoms which had, at times, seemed to result from completely different disorders.

“Amyotrophic” refers to the muscular atrophy seen in the disease, while “lateral sclerosis” refers to the sclerosis observed in the nerve tissues of the lateral spinal cord. As the disease progresses, lower motor neurons (LMNs) and upper motor neurons (UMNs) degrade, and patients experience increasing muscle weakness and wasting, eventually losing the ability to speak, swallow, and breathe. Treatment options are limited, and there is no cure.

The onset of ALS typically occurs in two forms; “limb-onset”, wherein the disease begins with limb weakness, and “bulbar-onset”, characterized by difficulty speaking or swallowing. The disease has a strong hereditary component, as up to 10% of cases are genetically transmitted via dominant gene mutations (termed familial ALS). The remaining cases are referred to as sporadic ALS, and can result from a number of different gene mutations which are generally distinct from those observed in familial ALS. The variety of mutations which lead to the same phenotypic output imply that ALS can be caused by multiple mechanisms. Conversely, one genotype may lead to multiple phenotypes. While many genes have been implicated in ALS, a discrete cause of the disease is yet to be uncovered.

ALS is the most common motor neuron disease, with a prevalence of 5.4 per 100,000 in Europe and 3.4 per 100,000 in North America. While men are slightly more likely to develop ALS than women, there is no difference median survival; patients typically succumb within 2-4 years following symptom onset. Despite over a century of research and dozens of clinical trials, treatment options remain extremely limited and primarily focus on quality of life and palliative care. Only two FDA-approved therapeutics, riluzole and edaravone, have been shown to modestly slow progression. However, neither of these drugs target ALS-specific factors, and each extends life by only several months.

With technological advances in fields such as next-generation sequencing and -omics profiling, the genetic underpinnings of ALS have become more clear in recent years. This has enabled the development of targeted therapies, including gene therapies, as potential targets are revealed. The gene SOD1 in particular has received significant research attention, as this was the first gene found to be associated with ALS. SOD1 has been targeted with antisense oligonucleotides (currently in phase III clinical trial), adeno-associated virus-mediated silencing, and NU-9, a novel compound reported by Dr. P. Hande Ozdinler of Northwestern University’s Feinberg School of Medicine.2,3 In her study,3 which she discussed in a recent webinar, NU-9 was shown to improve the health of disease UMNs, and was more effective in mouse models than FDA-approved ALS therapeutics.

Advances in model systems such as mice have also provided researchers with greater insights into ALS pathophysiology. Dr. Jasna Kriz, Professor in the Department of Psychiatry and Neurosciences at Laval University in Quebec, has dedicated much of her career towards finding better ways to study diseases which affect the brain such as ALS. Dr. Kriz recently reported her group’s work involving glial fibrillary acidic protein (GFAP), a hallmark of degenerative diseases such as ALS.4 Her group developed transgenic mouse models to express luciferase-tagged GFAP, allowing for in vivo imaging through bioluminescence. Using optical imaging, Dr. Kriz was able to observe how GFAP was involved in the temporal pathogenesis of ALS spread. Advanced models such as these will enable researchers to continue gaining insight into ALS and identifying therapeutic targets.

While effective therapies for ALS and in-depth understanding of its pathogenesis remain elusive, advances in technology and model systems, as well as devoted researchers and recent boosts in funding, give hope that the near future may hold promise.