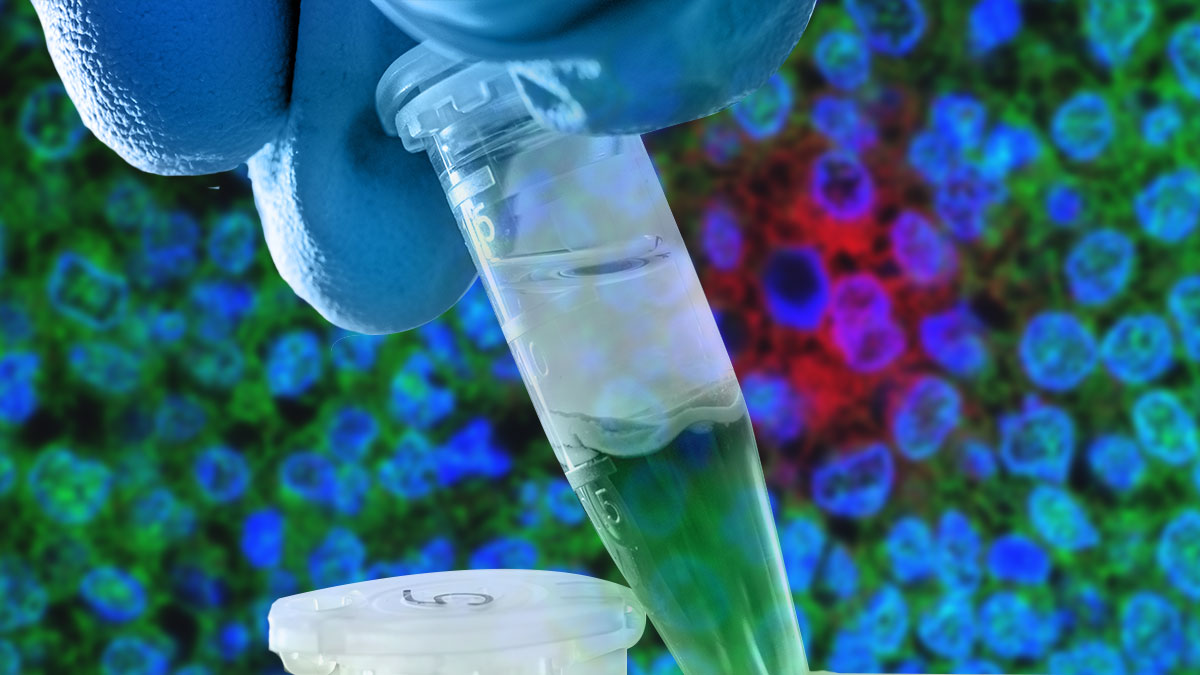 Novel Therapeutic Candidate Puts the STING Back into Immunotherapy

May 6, 2022
Click Here to View All Blogs About Drug Discovery

The potential to harness an individual’s immune system to treat cancer has revolutionized the oncology field. Coined immunotherapy, this umbrella term describes several types of treatment, including immune checkpoint inhibitors, immune system modulators, and adoptive cell therapies. Each triggers the immune system in a different way to fight cancer.

One approach currently being explored involves stimulating innate immune response pathways. For example, the STimulator of InterferoN Genes (STING) pathway, which is known to play a critical role in innate immunity in response to viral and bacterial DNA, has also been shown to promote anti-tumor immune responses.

STING is transmembrane protein which is located in the endoplasmic reticulum (ER) and is widely expressed in both immune and non-immune cells. Activation of the STING pathway occurs when cyclic GMP–AMP synthase (cGAS) recognizes and binds to double-stranded DNA (dsDNA) in the cytosol of the cell. This binding results in the activation of cGAS and subsequent synthesis of the cyclic dinucleotide (CDN) STING ligand, 2′3′ cyclic GMP–AMP (cGAMP). Binding of cGAMP to STING dimers activates a downstream signaling cascade which promotes the transcription of host defense genes, including type I interferons (IFNs) and pro-inflammatory cytokines.

While viral and bacterial dsDNA is known to activate STING-dependent immune signaling, research shows that self-DNA from tumors can also stimulate the STING pathway and several CDN agonists of STING are currently being assessed in human clinical trials of various malignancies. However, early single-agent human results have not been as promising as predicted by preclinical models, with poor cytosolic delivery, tumor extravasation, and nonselective delivery being some of the limitations observed.

A team of scientists at Codiak Biosciences recently explored the potential of exoSTING, an engineered extracellular vesicle (EV) exogenously loaded with CDN, to enhance the delivery of STING agonists. The work was prompted by the knowledge that EVs are natural mediators of signaling between cancer cells and tumor resident antigen presenting cells (APCs), with some activating a type I IFN response via the STING pathway.

Writing in Communications Biology,1 the researchers said: “Our goal was to address the limitations of CDN by using EVs as a delivery vehicle that would specifically activate the STING pathway in APCs while avoiding T cell ablation.”

The research group utilized numerous tools and techniques to explore the in vitro and in vivo potential of exoSTING. These included PerkinElmer’s AlphaLISA® IFN-β assay kit, BioLegend’s recombinant human M-CSF, as well as numerous BioLegend antibodies for flow cytometry, in vivo depletion and blockade of checkpoint molecules, as well as the flow cytometry-based multiplexing LEGENDplex products.

Over the course of their in-depth analysis, the researchers found that exoSTING enhanced the potency of CDN and preferentially activated APCs in the tumor microenvironment. They also found that exoSTING was retained within the tumor following intratumoral injection, enhanced local Th1 responses and recruitment of CD8+ T cells, and generated systemic anti-tumor immunity to the tumor.

Finally, exoSTING administered at therapeutically active doses did not induce systemic inflammatory cytokines, resulting in an enhanced therapeutic window. “The improved potency and wider therapeutic window of exoSTING should enable optimized dosing strategies in the clinic through precise delivery of CDNs,” said the researchers.

The team concluded: “ExoSTING represents a novel strategy to harness and improve upon natural immune surveillance in the TME and may overcome many of the observed limitations with dose selection of free CDNs, which are currently in the early stages of clinical development.”

In the hunt for the next breakthrough cancer immunotherapy, PerkinElmer and its partner, BioLegend, have the tools for scientists to continue to explore the complexities of this field with fast and accurate results.

We have assays to examine STING binding, STING phosphorylation and downstream signaling proteins, cytokine secretion, including IFN-β, and a collection of cell and protein analysis tools to deeply characterize cancer biology.