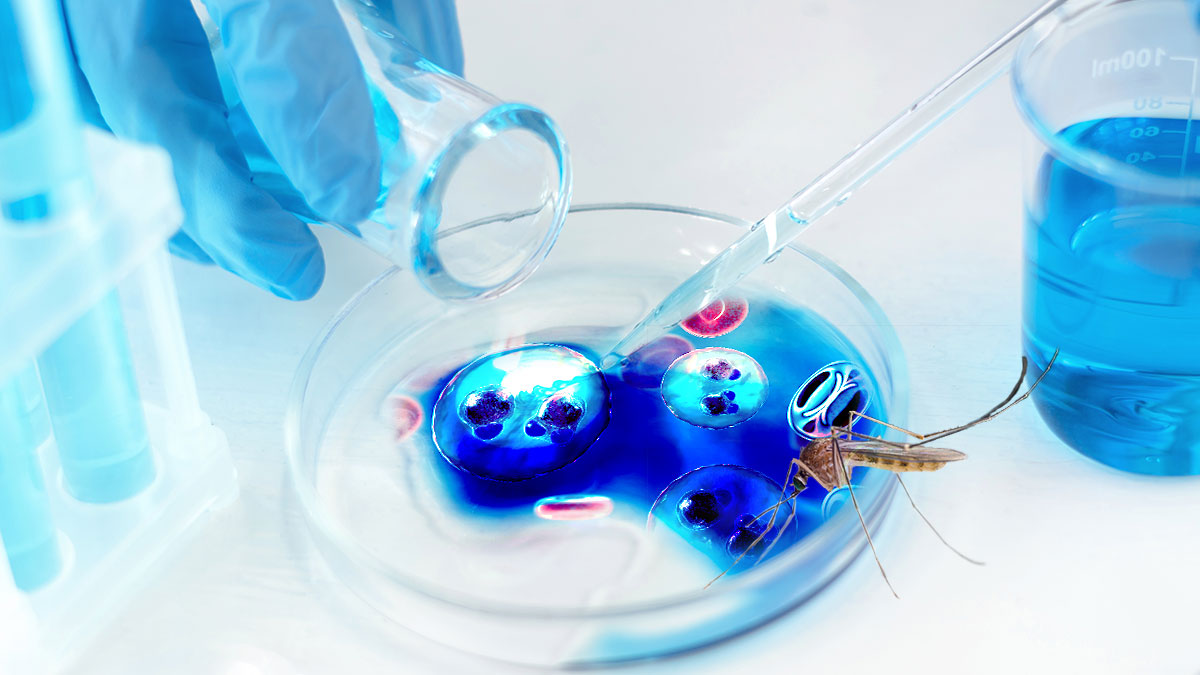 Earlier this year, the World Health Organization (WHO) announced that over one million African children had received one or more doses of the world’s first malaria vaccine, RTS,S/AS01 (RTS,S).1 If widely deployed, the WHO estimates that the vaccine, which is the result of 30 years of research, could save the lives of an additional 40,000 to 80,000 African children each year.

Commenting on the news, WHO Director-General Dr. Tedros Adhanom Ghebreyesus said: “This vaccine is not just a scientific breakthrough, it’s life-changing for families across Africa. It demonstrates the power of science and innovation for health.”

But even with a vaccine in hand, there is still an urgent need to develop more and better tools in order to reach global malaria elimination targets.

The Scope of the Problem

Despite concerted research efforts, the malaria parasite continues to be one of the deadliest vector-borne infectious diseases to plague the Sub-Saharan African region. Globally, malaria is responsible for over half a million deaths each year, with the vast majority being children under the age of five.2

Attempts to eliminate malaria have focused largely on preventing transmission and treating the infection. Insecticide-treated mosquito nets and sprays are used as preventative measures, while infected patients are treated with antimalarial drugs to cure the disease before it becomes too serious.

Treatment of malaria depends on many factors, including the severity of disease, the species of the malaria parasite causing the disease, the part of the world the infection was acquired, and whether preventative antimalarial tablets were taken. Oftentimes, combinations of drugs are used to try to prevent the parasite from developing resistance to individual drugs. For example, artemisinin combination therapy (ACT) is currently the frontline treatment for the deadly Plasmodium falciparum malaria, where an artemisinin-based drug is used in combination with a partner drug to treat infection.

Together, these strategies have resulted in a steady decrease in the number of cases and deaths caused by malaria. Yet in 2020 this trend changed, with deaths at their highest for nearly a decade and cases increasing by 14 million compared with the previous year.2

Although these increases were due in part to delays in diagnosis and treatment during the COVID-19 pandemic, progress had already started to plateau and insecticide and antimalarial drug resistance was on the rise, highlighting the need for continued research into novel treatments to stay one step ahead of the parasite.

Most currently available antimalarials target the asexual blood stage of infection, but the complexity of the malaria lifecycle offers opportunities to target other lifecycle stages. Recently, researchers have been exploring the potential of antimalarials with prophylactic (liver stage), curative (asexual blood stage), and/or transmission-blocking (gametocytes and/or gametes) activity.

For example, a collaborative team of researchers from the Walter and Eliza Hall Institute in Australia and MSD in the US successfully identified a novel class of antimalarial compounds that target a previously unexplored parasite pathway.3 The compounds were shown to disrupt multiple stages of the malaria parasite lifecycle and their novel mechanism of action suggests it will be harder for malaria parasites to acquire drug resistance.

This shift in focus could aid in the discovery of the next generation of antimalarial candidates that either target a novel process or pathway to avoid pre-existing resistance, or compounds that target different stages of the parasite lifecycle.

In our latest literature review, ‘Next-Generation Antimalarials – New Hope on the Horizon’, we provide insight into recent antimalaria drug discovery efforts that could help move research towards the discovery of novel therapeutics and the ultimate goal of malaria elimination.