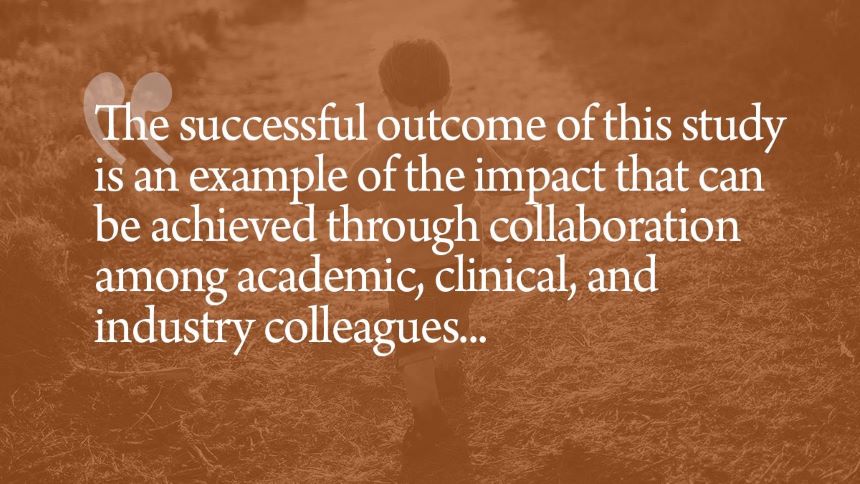 June 3, 2019
Click Here to View All Blogs About Newborn Screening

No parents ever want to hear that their child has Duchenne Muscular Dystrophy (DMD). The most common fatal X chromosome genetic disorder diagnosed in childhood, DMD affects 1 in every 3,500 boys born each year.1 While girls can become carriers of the disorder, few ever manifest its debilitating symptoms. The reason why is because girls have two X chromosomes, while boys inherit only one from their moms. If that X chromosome is deficient, it causes a mutation of the dystrophin protein in skeletal muscles, which MD researchers discovered to be the cause of DMD in 1986.2

That deficiency causes muscle degradation, which in turn releases an enzyme known as creation kinase muscle isozyme (CK-MM) into the blood stream, which researchers did not originally realize was the telltale marker for DMD.3 Instead, they developed a more general CK enzyme assay to screen newborns in hopes of detecting several forms of Muscular Dystrophy earlier in a child’s life.

Even after screening more than 1.8 million children around the world over the past 40 years, “most Duchenne children are in a wheelchair by the age of 12, and survival is very rare beyond the age of 30,” says Stuart J. Moat, PhD, Head of the Metabolic Biochemistry Laboratory at the University Hospital of Wales, and Director of the Wales Newborn Screening Laboratory.”4

For 21 years, Dr. Moat oversaw DMD screening in Wales, where more than 370,000 boys were tested between 1990 and 2011. While a number of DMD cases and other forms of Muscular Dystrophy were found as a result of the program, Dr. Moat says that the screening process also missed some 20% of boys with DMD, and the government program was ended.5,6

That, however, did not stop Dr. Moat’s DMD research. In the intervening years he and his fellow colleagues at the University Hospital of Wales and Dr. Ian Weeks, Dean of Clinical Innovation and Head the School of Medicine at Cardiff University, through their development of a chemiluminescent immunoassay using dried blood spots, inspired PerkinElmer scientists to develop a new and more robust automated immunoassay for DMD.

Leveraging Dr. Moat’s original data from the Wales Newborn Screening Lab, as well as Dr. Ian Weeks’s work on bioluminescent assays, PerkinElmer researchers are using the PerkinElmer GSP® platform to develop a fluorescence-based in vitro diagnostic kit for DMD screening. The prototype immunoassay screen can be processed on the same automated high throughput GSP analyzer that is used to test neonatal dried blood spot samples for a range of other genetic disorders within the first few days of life.

“We found that CK-MM can be reliably quantified in blood spots and believe that developing this CK-MM assay on a commercial immunoassay analyzer could enable standardized, high-throughput newborn blood spot screening for Duchenne, “ Dr. Macks says.

“The successful outcome of this study is an example of the impact that can be achieved through collaboration among academic, clinical, and industry colleagues in developing improvements in human healthcare,” Dr. Weeks says.

Following the successful tests of the PerkinElmer-developed prototype automated immunoassay for measuring CK-MM, several organizations are now working with the company to further test the new immunoassay in the UK and the United States. One such group is Parent Project Muscular Dystrophy (PPMD), the largest and most comprehensive nonprofit organization in the U.S. focused on ending Duchenne. “We are working closely with PerkinElmer to further effective testing methods that we believe will lead to advancements in research for early interventions and eventually treatments,” says Pat Furlong, President and CEO of PPMD.

In Wisconsin, a pilot study is also underway to evaluate the potential applicability of the new DMD immunoassay screen for the U.S., and PerkinElmer has already collaborated with local parties to set up a similar pilot program in China.

“As the global leader in newborn screening, we are pleased to collaborate on innovative research related to helping advance the processes for screening for rare disorders such as Duchenne,” says Linh Hoang, Vice President, Neonatal Screening, PerkinElmer. “Using CK-MM as a viable marker for this very harmful disorder impacting newborn babies around the world is another step forward in giving children with this condition a better chance at improving their health.”