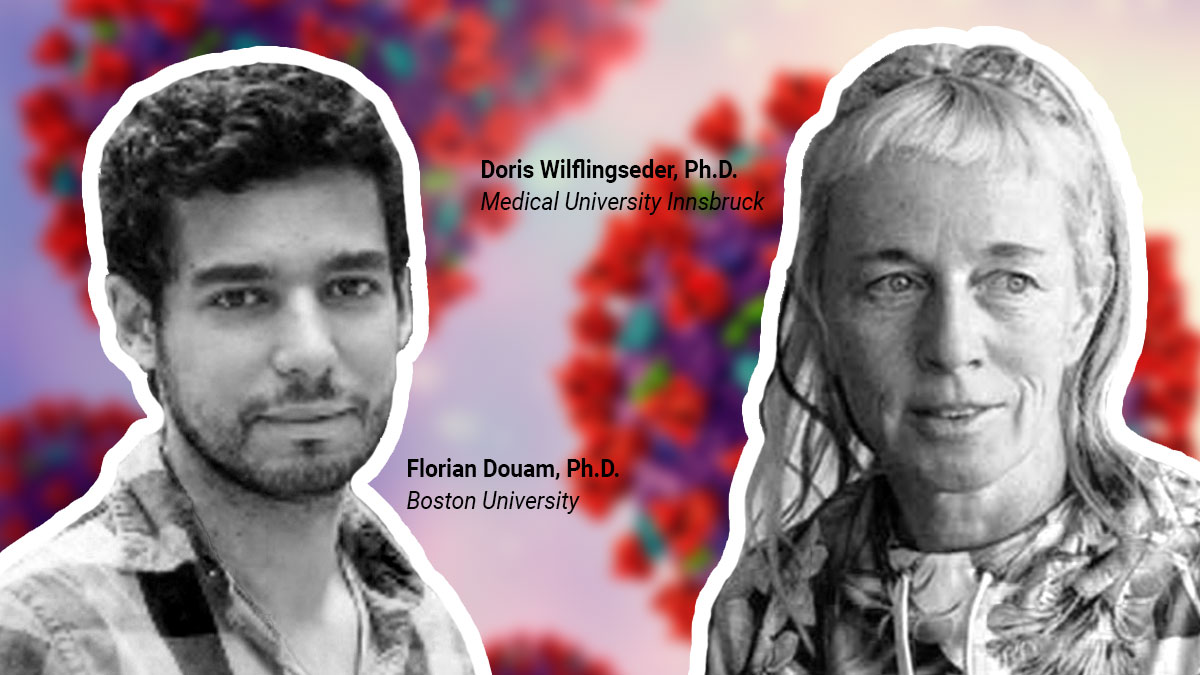 As SARS-CoV-2 spread across the globe in early 2020, researchers from around the world mounted an unprecedented collective campaign to elucidate the mechanisms of the novel virus and the disease it caused, COVID-19. While the majority of COVID-19 cases range from asymptomatic to moderate, a significant portion of patients suffer from severe disease and over 5.8 million lives have been lost as of February 2022.

Florian Douam, an assistant professor of microbiology at Boston University, states that this differential response indicates there are “pulmonary immune mechanisms at play that can effectively control SARS-CoV-2 infection.” Knowing this, a primary goal of investigators has been to define these immune mechanisms in the hopes of identifying innovative therapies to treat SARS-CoV-2 infections and COVID-19. These types of studies are non-trivial; in order to probe these immune responses, appropriate model systems which can recapitulate key interactions between SARS-CoV-2 and human tissues and immune cells must be developed.

Prof. Douam’s lab has been working to develop such model systems to better understand the immunological mechanisms which define infection and disease outcome. “It has been challenging,” he says, as the scarcity of appropriate experimental systems is a major limitation for such investigations. For example, non-human primates are permissive to infection and have human-like responses, but are cost-prohibitive and there is a lack of species-specific reagents. Ferrets and hamsters are permissive to infection and more accessible cost-wise, but neither have human-like responses and once more there is a deficit in species-specific reagents. Mice are even more cost effective, and the development of human ACE2 (hACE2)-expressing mice mean they are susceptible to SARS-CoV-2 infection. However, they still lack human-like responses along with human lung and hematopoietic environments. Despite the presence of millions of COVID-19 patients, humans themselves are also poorly suited for these studies due to lack of control in experimental settings as well as limitations in sampling.

The solution? For Prof. Douam, it has been to humanize mice. This allows his group to effectively model human pathogenesis and immunity, provides them with control over experimental settings, and ensures longitudinal access to tissues and other samples. By engrafting immunodeficient and hACE2-expressing mice with human fetal lung tissue, Prof. Douam was able to produce mice which were susceptible to SARS-CoV-2 infection. Furthermore, these mice, which were termed NRG-L, recapitulated lung histologic features observed in patients with severe COVID-19. Bolstered by these results, Prof. Douam’s group co-engrafted fetal lung tissue and a human immune system to generate two new hybrids: HNFL, which have immune cells and are oriented for early control of infection, and BLT-L, which have a different population of immune cells which help model late control. By studying the immune response of HNFL mice to SARS-CoV-2 infection, Prof. Douam’s group found that upregulation of USP18-ISG15 led to protective effects such as limiting inflammation and STAT1 phosphorylation, thereby preventing severe histopathological manifestation of disease. This discovery indicated that therapeutics which upregulate USP18-ISG15 may be an effective immunotherapeutic strategy against COVID-19. In BLT-L mice, SARS-CoV-2 infection was cleared in a T-cell-mediated manner by Day 6 post-inoculation. Each infection response provides insights into how clinicians might be able to treat COVID-19 patients.

Taken together, these HNFL and BLT-L mice represent two powerful model systems within which researchers can investigate the immune responses driving effective control of SARS-CoV-2 infection in human lung tissues. However, animal models are not the go-to strategy for all researchers.

Prof. Doris Wilflingseder of the Medical University Innsbruck, Austria has been developing animal-free barrier models of the human pulmonary system to monitor its interactions with pathogens, such as SARS-CoV-2, and drugs. One of Prof. Wilfingseder’s group’s models, termed ALI, is a multilayer epithelial system composed of primary respiratory cells cultured in a cellulose scaffold. This highly versatile model can house immune cells and provides many readout parameters including various imaging modalities and measurement of viral load and molecules-of-interest such as cytokines and anaphylatoxins. “These models are very long-lived,” says Prof. Wilfingsleder. “[They] recently celebrated their second birthday,” making them excellent systems for studying chronic conditions or repeated exposures. A second model from Prof. Wilfingseder’s group, a lung organoid system, represents a valuable tool for high-throughput and high-content screening.

Using their ALI model, Prof. Wilfingseder’s group investigated what happened after SARS-CoV-2 entered respiratory tissues. Following infection, they found that SARS-CoV-2 led to epithelial destruction; holes in tissues, fragmented nuclei, and formation of mucus plugs. In particular, the mucus plugs helped to validate their model, as these were also observed in critically ill COVID-19 patients who were suffering from airway obstruction and respiratory failure. They next investigated what immune responses were triggered in ALI epithelial barrier sites upon SARS-CoV-2 exposure. After staining for immune components, Prof. Wilfingseder’s group found large amounts of complement component 3 (C3), which attracts other immune cells and increases inflammation at the infection site. Additionally, C3 activation was associated with massive destruction of the epithelial barrier and production of anaphylatoxins and cytokines. They next blocked anaphylatoxin receptors belonging to the complement family while exposing cells to SARS-CoV-2 and found that blocking C5a receptor (C5aR) nearly eliminated the presence of C3, infected cells and cytokine production. Taken together the data indicate that C5aR is a viable therapeutic target for the treatment of SARS-CoV-2-infected patients, a discovery made possible by Prof. Wilfingseder’s innovative animal-free model system.

The models developed by Profs. Wilfingseder and Douam, as well as further experimental details and results, are detailed in their recent webinar titled “Novel Tools for Understanding Immune Responses in SARS-CoV-2 Infections,” which can be found here.