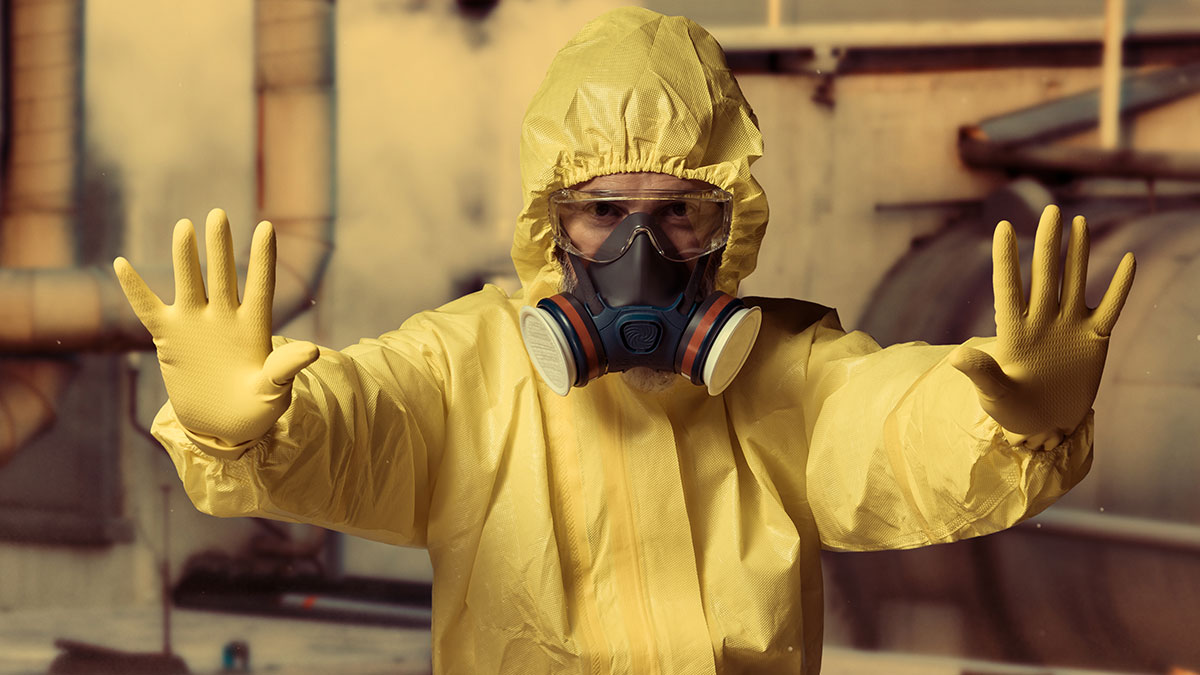 Wearing thick gloves and a mask over your face, you attempt to sample the illicit drug using a classic syringe and then test it in your portable GC/MS. It’s a performance art dance of gracelessness and risk.

Reduce the “haz” of hazmat scenarios

In the field, first responders and field analysts tasked with screening potentially hazardous chemicals require a specially-designed toolkit to ensure both their own and the public’s safety. The ability to securely collect a sample and provide actionable results in less than 10 minutes is of utmost importance. The combined aspects of a versatile sampling device, minimal user interaction, and on-site identification with a portable GC/MS are ideal for hazardous environments.

A Coiled Microextraction (CME) sampling device, partnered with a portable GC/MS, can dramatically reduce the “haz” of hazmat scenarios. CME is a novel technique that combines sample collection and injection into a single device for liquid and dissolved solid samples.

How our Custodion®-CME works in the field

The coiled wire within the CME syringe consists of an inertium treated wire that is finely coiled to trap liquid samples, including those with suspended solids by capillary action. Once the solvent has dried, the dissolved compounds remain on the coiled wire ready for introduction into the heated injection port of a portable GC/MS for thermal desorption, separation, and detection.

Having both CME and SPME (Solid Phase Microextraction) syringes in a field analysts’ toolkit provides the flexibility needed to analyze gas, liquid and dissolved solid samples with the portable GC/MS.

For example, with the Torion T-9 Portable GC/MS, results are available 70 times faster than with conventional testing methods: sample confirmation in under seven minutes give first responders immediate intelligence about the situation to take the proper precautions.

Not only can methamphetamine be analyzed with this device, but other commonly abused drugs can be rapidly investigated with equal precision and accuracy, including: