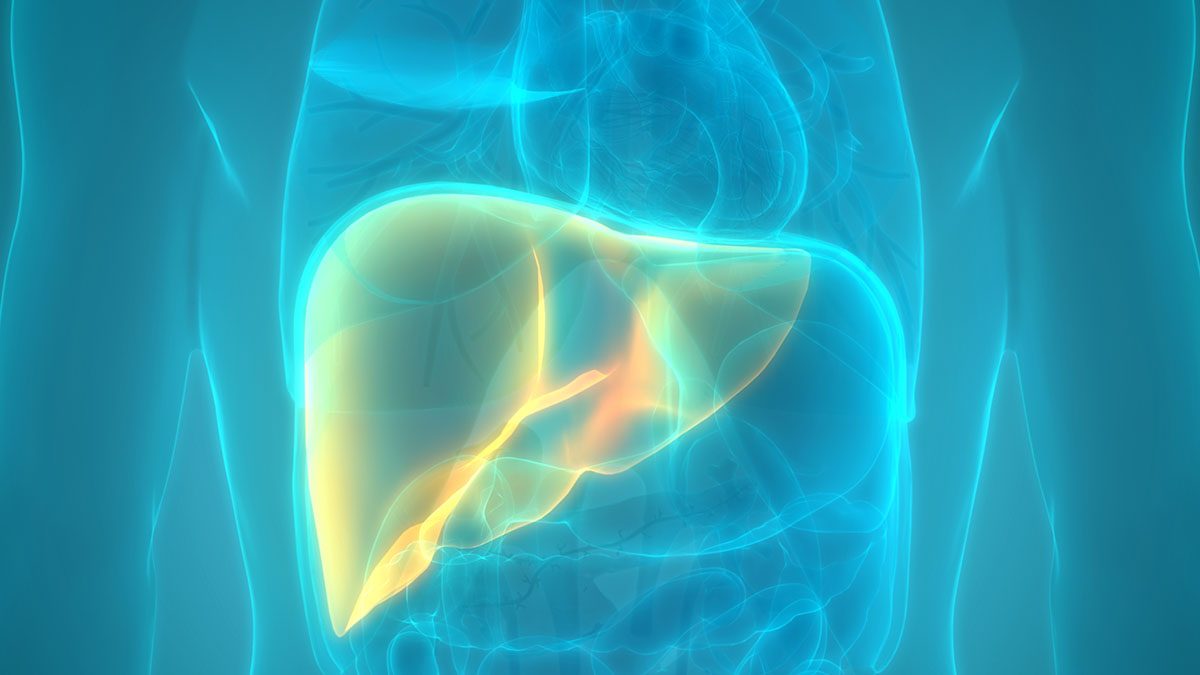 Nonalcoholic steatohepatitis (NASH) is a chronic yet silent disease, and patients present with few or no symptoms at early stages. The condition affects around 12% of the US population and there are currently no treatments available for those affected. NASH is also expected to be the leading cause of liver transplantation in the near future.

The main diagnostic challenge with fatty liver disease is accurately detecting NASH and then quantifying the degree of fibrosis. The current gold standard for NASH diagnosis is an invasive liver biopsy; however, the risk of complications is a limitation for its widespread use.

During a biopsy, a small sample of liver tissue is collected for laboratory testing. NASH is diagnosed when examination of the tissue with a microscope shows fat along with inflammation and damage to the liver cells. If the tissue shows fat without inflammation and damage, simple fatty liver, or nonalcoholic fatty liver disease (NAFLD) is diagnosed.

In a recent study, researchers tested whether a combination of imaging approaches could provide a non-invasive diagnosis of NASH. Specifically, the team used a combination of fluorescence, chemiluminescence imaging and computed tomography (CT) in a well-established preclinical NASH mouse model.

The mice were fed a high-fat diet for one or three weeks to induce NAFL or NASH, respectively, while the control group were fed regular chow throughout the study. The IVIS® Lumina Series III optical system was used to perform chemiluminescence and fluorescence imaging to assess the apoptotic and inflammatory components of NASH progression. CT imaging was performed using the Quantum GX2 microCT.

The team reports that a statistically significant reduction in liver density was observed in the high-fat diet group compared with the control group at both timepoints, suggesting that liver steatosis is not only present at week one and three, but can also be assessed and quantified using non-invasive CT imaging. Chemiluminescence and fluorescence imaging revealed no significant difference in inflammation and apoptosis in the diseased versus control group at week one, but statistically significant differences were observed at week three.

Commenting on their work, Dr. Ludovic Waeckel, Head of Pharmacology group at Galapagos, said: “In order to easily and quickly diagnose NASH, we needed to establish a novel non-invasive preclinical in vivo imaging protocol to visualize and quantify disease progression. The highly sensitive IVIS Lumina III imaging system combined with PerkinElmer’s novel reagents and application support, was used to perform chemiluminescence and fluorescence imaging to assess the apoptotic and inflammatory components of NASH progression. With the addition of the fast, low dose in vivo imaging capabilities of the Quantum GX2 microCT, we could also easily, quickly and accurately quantify both liver steatosis and fibrosis.”

The results of the study suggest this combined imaging approach could be used to investigate the efficacy of liver fibrosis-preventing drugs on NAFLD progression to reduce the need for liver transplantation in affected patients.

To find out more about this approach, the full case study is available to download now.