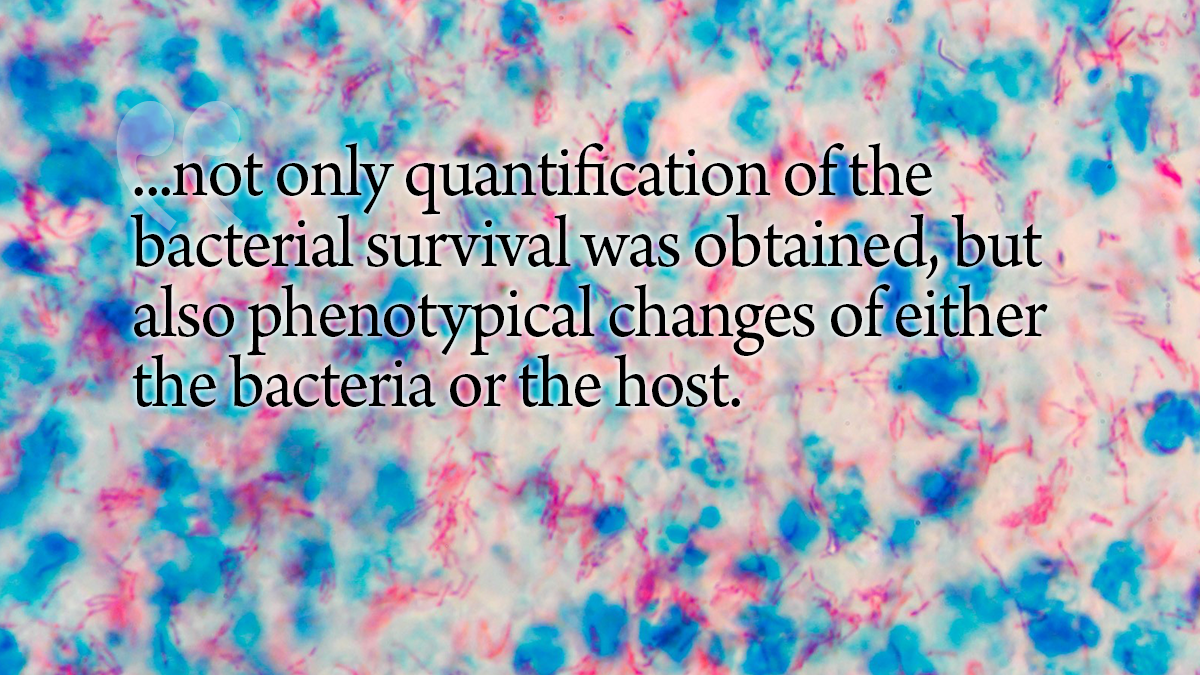 May 27, 2019
Click Here to View All Blogs About Life Science Research

Mycobacterium tuberculosis (M. tuberculosis) has been killing humans since the beginning of recorded history.1 Recent estimates claim the disease is responsible for 1.8 million deaths and another 10 million people becoming infected with tuberculous every year.2

Despite our long association with one of the most lethal diseases in history, scientists still have only a limited understanding of how M. tuberculosis bacterium colonizes cells or what factors cause its intracellular persistence.3

Unravelling those mysteries may well lead to the development of new treatments in the ongoing battle against tuberculosis.

Dr. Vincent Delorme and his colleagues at the Institut Pasteur de Lille, University of Lille in Inserm, France are aware that their research into M. tuberculosis could be groundbreaking.4 After carefully documenting the development of M. tuberculosis expressing fluorescent assays, the French researchers developed various types of professional phagocytic cells and a Type II pulmonary epithelial cell model to monitor host-M. tuberculosis interactions at the single cell level.

The new method provides considerable value over the colony forming, unit-based methods previously used that did not consider individual host cell parameters in the level of detail that allows researchers to actually see what is happening at and within the single-cell level.

The Value of High-Content Imaging and Analysis

“In our experiment, we provided high-content/high-throughput image-based methods to investigate quantitatively and qualitatively the impact of various genetic or chemical modulators on M. tuberculosis-infected host cells at the single cell level,” Dr. Delorme says.

To do so, the research team developed high-throughput screening (HTS) assays that were based on an adaptation drawn from a large set of samples. The image acquisition and analysis tools used were PerkinElmer’s Opera® High-Content Screening System and Acapella® Image Analysis Software.

The Opera is an automated confocal ﬂuorescence microscope capable of capturing images of several ﬁelds per well of a 96– or 384–well microplate at high speed (there is now a newer Opera Phenix™ system available that offers even greater throughput and sensitivity).

“Thanks to high-resolution images that can be obtained with such devices, not only quantiﬁcation of the bacterial survival was obtained, but also phenotypical changes of either the bacteria or the host cell were also observed.” Delorme says.5

To achieve those results, the French researchers developed three detailed protocols to investigate quantitatively and qualitatively the impact of various genetic or chemical modulators on M. tuberculosis-infected host cells.