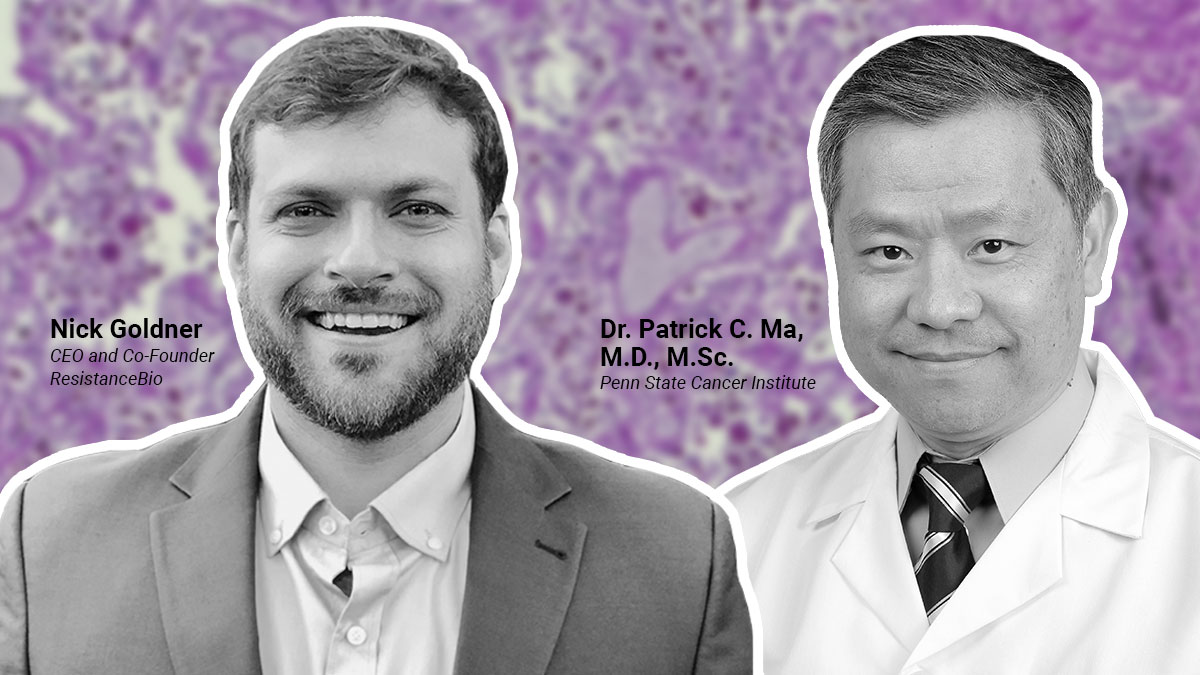 From Barrier To Hurdle: Leveraging Therapeutic Resistance in the Fight Against Cancer

Over the past two decades, advances in single cell technologies have given researchers unprecedented insight into the evolution of cancer. This, coupled with identification and characterization of oncogenes such as KRAS, EGFR, and BRAF, has led to the development of targeted molecular therapies meant to quell the destructive growth of specific cancers. However, this new form of therapy has not yet been able to overcome an old standard of cancer; the ability to develop drug resistance.

Lung cancer has long been the most deadly form of cancer within the United States. Thankfully, mortality rates have steadily decreased over the past few decades. The driving forces behind this decline include societal smoking cessation and improved therapeutic options. Molecularly targeted therapy and checkpoint targeted immunotherapy have been “major boons” to lung cancer treatment, says Prof. Patrick Ma, Associate Director of Translational Research at the Penn State Cancer Institute. One such targeted therapy, EGFR inhibition, was realized after FDA approval of erlotinib in 2004. A first-generation small molecule EGFR inhibitor, erlotinib was demonstrated to produce a significantly more robust response against non-small cell lung cancer and associated metastases when compared with standard of care chemotherapy. However, robust responses inevitably give way to acquired drug resistance over time, a phenomenon that is now all too familiar for oncologists administering targeted therapy.

Cancer resistance to modern therapy is invariably linked to tumor heterogeneity, or the presence of diverse populations of cells within tumors. Individual cell populations respond differently to therapy, and as time progresses, certain populations are able to adapt, survive, and even thrive despite the presence of the therapeutic agent. This phenomenon is part of the cancer resistome —a dynamic tumor and immune response to therapy that leads to resistance. However, the cancer resistome and associated resistance mechanisms are now being seen as hills to climb, rather than boundaries to reside within.

While initial emergence of resistance has been a frustrating and confounding problem, researchers are now using these mechanisms to their advantage in the fight against cancer. In 2011, Prof. Ma and co-workers showed that following EGFR inhibition, lung cancer cells underwent dramatic global transcriptome reprogramming which enabled resistance by day nine of therapy. By characterizing this reprogramming through powerful methods such as single-cell molecular profiling, one can identify novel targets within these early adaptive cell populations. This can lead to strategies for targeting early persister cells and preemptively halt tumor evolution and progression, meaning that the opportunity for durable cures remains within reach.

In fact, by exploiting the adaptive mechanisms employed by the resistome, researchers and clinicians are afforded an entirely new set of targets to aim for in the fight against cancer. “More than 90% of cancer deaths every single year can be attributed to tumor treatment resistance,” says Dr. Nick Goldner, CEO of resistanceBio. This indicates that the vast majority of cancer deaths occur due to resistance pathways which are yet to be therapeutically exploited and targeted. However, the path to predicting which adaptive mechanisms are active is challenging as traditional methods of resistance identification; tumor cell populations are artificially selected for during cell passaging experiments, failing to recapitulate in vivo conditions wherein factors such as spatial confinement and non-genomic adaptations play key roles. To overcome this experimental shortcoming, scientists at resistanceBio have developed a biomimetic culture system that allows for enrichment and selection of resistant populations under both single and multiple drug regimens over the course of months. This enables longitudinal investigations of clinically relevant models of cancer, better recreating in vivo tumor adaptations and thereby enabling more accurate prediction of a therapy’s impact upon tumor cells, as well as characterization of the tumor’s adaptive response.

By identifying and characterizing transcripts and the resulting proteins unregulated by tumor cells, researchers are able to identify the mechanisms by which tumors develop resistance. This opens the door for multi-targeted therapy which accounts for both early and advanced tumor responses, effectively closing off a tumor’s escape routes.

Prof. Ma and Dr. Goldner recently spoke about their respective research efforts in a webinar titled “Determining routes to tumor resistance for predictive durable treatments.” To watch their presentations, click the link below.