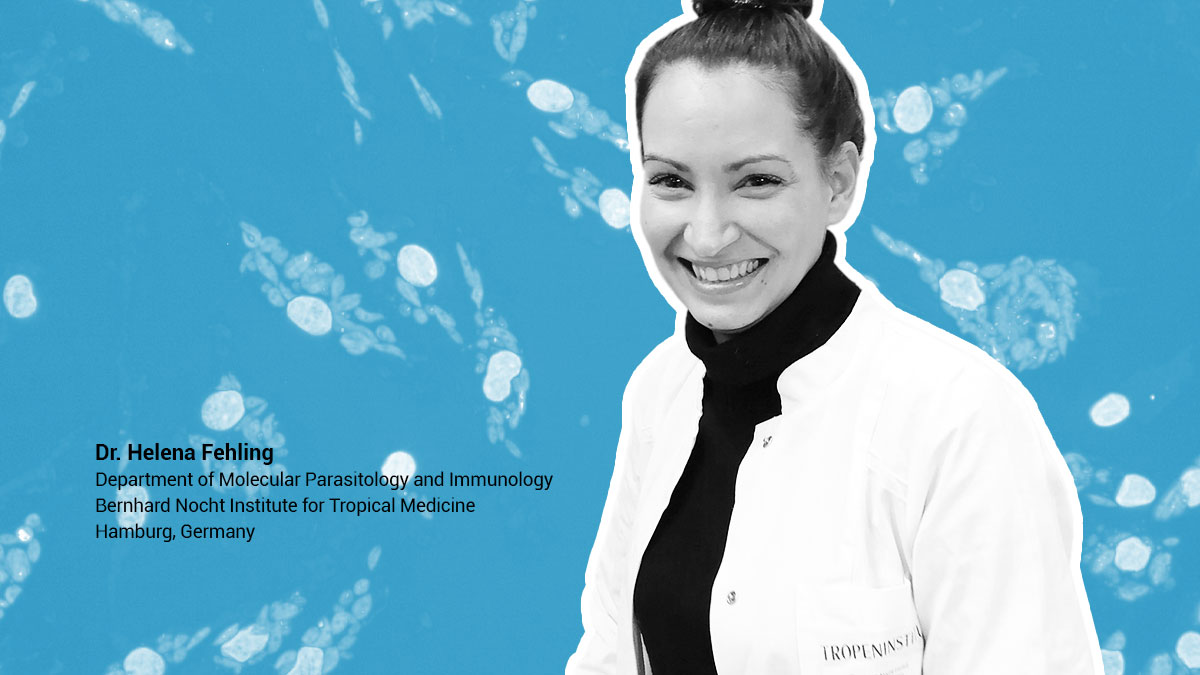 People in tropical areas around the globe are battling an increasingly common parasitic disease – leishmaniasis. Leishmania protozoan parasites target host macrophages resulting in cutaneous, mucosal, and visceral ulcers, some of which can be extremely disfiguring and even fatal. Every year, up to a million or more people contract the disease and begin their battle to defeat it.

Traditional chemotherapeutic treatments for leishmaniasis face a host of challenges. To address some of the challenges, a research team at the Bernhard Nocht Institute for Tropical Medicine in Hamburg, Germany, is exploring an immune-therapeutic approach to leishmaniasis treatment. Their research is focused on a molecule only recently discovered in another protozoan species.

Dr. Helena Fehling with the Institute’s Department of Molecular Parasitology and Immunology is leading the team’s investigation into the antileishmanial activity of a molecule discovered within the membrane of another protozoan parasite – Entamoeba histolytica. The molecule, a lipopeptidephosphoglycan they call EhLPPG, was found to have structural similarities with the strongly immunostimulatory molecule α-galactosylceramide.

Initial screening of the molecule demonstrated its immune-stimulating effects in uninfected dendritic cells. The researchers conducted further studies on the immunostimulatory effects of EhLPPG using in vitro and in vivo tests of L. major-infected murine and human macrophages. The results showed significant reduction of parasite burden in both cell types.1

With an eye to the future, the team next developed and evaluated numerous synthetic analogs of EhLPPG, recognizing that having a reliable synthetic source of the molecule would minimize the limitations involved in isolating and purifying native EhLPPG. The analogs underwent in vitro and in vivo testing using L. major-infected murine and human macrophages. The results showed low cytotoxicity, significant inhibition of parasite infection, and reduced disease severity.2 These positive results guided the team to expand their work even further.

Once validated, the assay was used to further evaluate the efficacy of the six most promising synthetic analogs. Their high content screening methods enabled them to analyze more samples and generate very information-rich, multi-parametric data sets. The data revealed that most of the synthetic analogs signiﬁcantly reduced infection rates and parasite burdens in at least one infecting species. One of the analogs was shown to be active against all of the Leishmania species.3

Dr. Fehling’s team continues its forward momentum as they generate more physiologically-relevant data using human primary cells and different types of immune cells. They hope that one day soon their work will lead to effective treatments for people suffering from leishmaniasis—and perhaps even other macrophage-targeting pathogens. Their high-content screening assays are helping them get there by providing more data about more parameters in much less time.

Want to learn more about this exciting work? Our white paper will guide you through it.