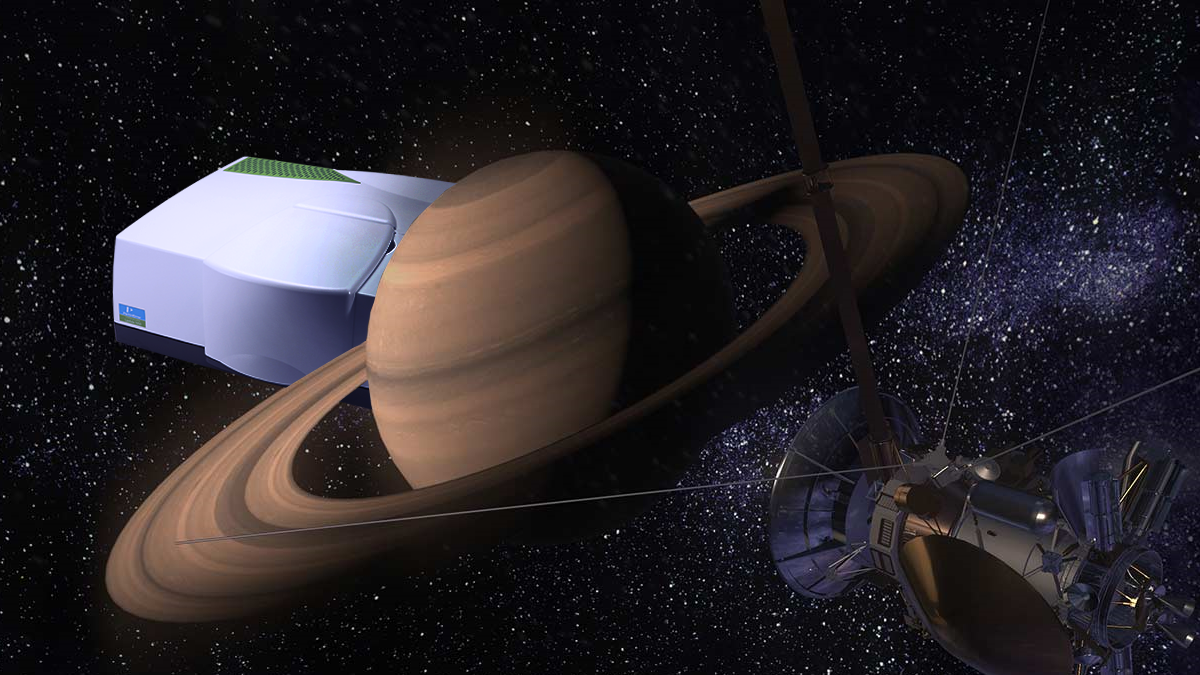 Cassini’s Mission To Saturn Got Major Boost From PerkinElmer

September 2, 2019
Click Here to View All Blogs About Geochemistry, Mining and Metals

Space. The final frontier. This is the voyage of the spacecraft Cassini. Its 13-year mission: to explore the ringed planet Saturn, 746 million miles (1.2 billion kilometers) from earth.

That mission came to a fiery, glorious end when the Cassini spacecraft crashed through Saturn’s atmosphere in what NASA called the final chapter of an amazing mission… [that] “changed everything, shaking our views to the core about surprising places to search for potential life beyond Earth,” says Thomas Zurbuchen, Associate Administrator for NASA’s Science Mission Directorate at NASA Headquarters in Washington. D.C.1

On The Shoulders Of Giants

Among the scientific instruments aboard the Cassini, two of the most important involved infrared spectrometry. The first instrument was the Composite Infrared Spectrometer (CIRS),2 this specially built instrument was used to study Saturn and its rings and moons in the electromagnetic spectrum.

The second instrument, called the Visible and Infrared Mapping Spectrometer (VIMS), was used to not only determine atmospheric temperatures, but to create some of the most fantastic images of Cassini’s journey to Saturn. In both instances, these instruments could trace their origins to the first commercial IR spectrometers built by PerkinElmer in 1944.3

PerkinElmer scientists also played a critical role in the development of another instrument used for the Cassini mission called the High Energy X-Ray Timing Experiment (HEXTE).

Created in 1991, the HEXTE was used as part of pre-flight vibration experiments on several spacecraft. In the case of the Cassini, the HEXTE tests led to a number of design changes to the spacecraft, including the reworking of its electrical power system that shorted out during the tests due to frayed wires from the expected vibrations Cassini would undergo during its long voyage.4 Had the faulty wiring and loose screws gone undetected, the Cassini mission would likely have been lost.

The company’s LAMBDA™ 9 UV Spectrophotometer was used by NASA engineers and scientists to test the spacecraft’s air worthiness to fend off excessive ultraviolet exposure during its long flight.5 Once completed, the rest is history of a spacecraft that ventured “where no man has gone before.”