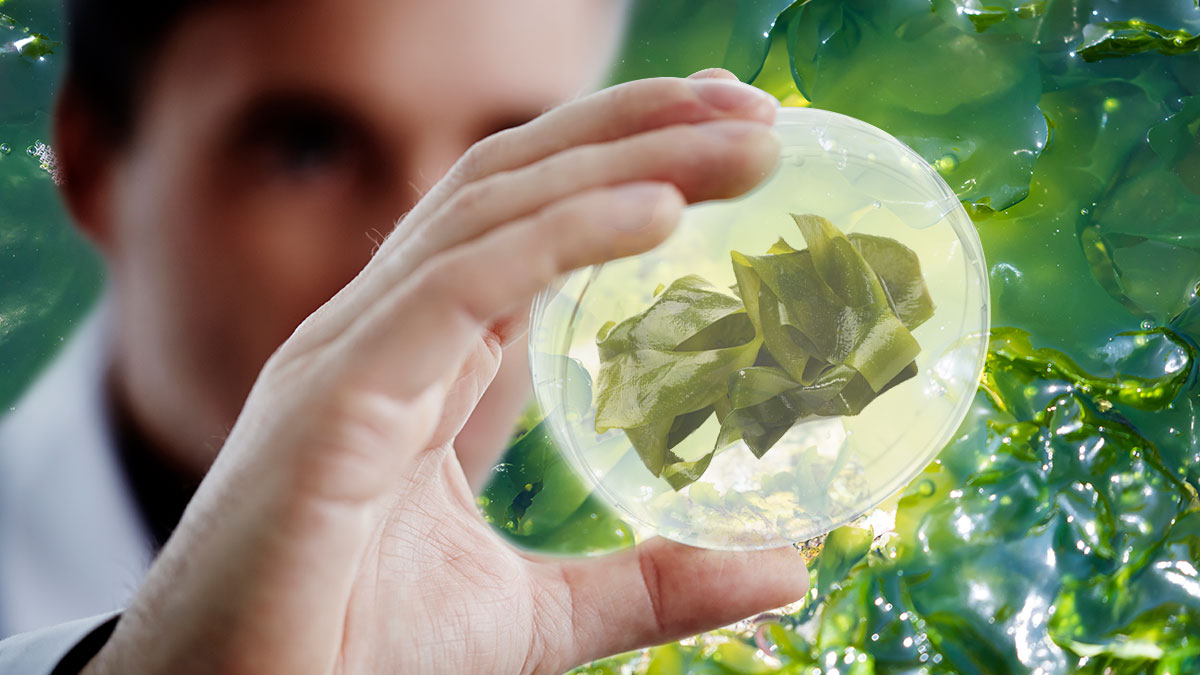 There’s More to Marine Algae Than Meets the Eye

Anyone who’s visited the ocean knows about seaweed, or do we? For instance, there are more than 9,000 species of seaweed in the world’s oceans. Even its name is deceiving, since seaweed is one of many forms of marine algae that play a vital role in the global food chain, beginning with water-based organisms right up to humans.1 Valued for their high nutrient and vitamin content, sea algae are an essential component in the daily diet of many countries. They’re also used as important food ingredients in everything from sushi, energy drinks, and dairy products to bread, soups, macaroni and cheese, and frozen meals.2

Another area where seaweed has a long history is as a topical and internal medication: the Romans used it to treat wounds and burns; 18th century European physicians used it to treat stomach ulcers; and traditional Chinese and Egyptian medicines have relied on properties of brown seaweed to treat a variety of ailments, including cancer, since 300 B.C.3

Back to the Future

The ancients were onto something. Researchers at the University of Oklahoma Health Sciences Center (OUHSC) in Oklahoma City have verified that certain polyphenols found in brown sea algae hold great promise in halting the proliferation of one of the most lethal forms of therapy-resistant malignancy: endocrine pancreatic cancer, also known as adenocarcinoma.4

This type of cancer begins in the pancreas, which secretes enzymes that aid in digestion and carry hormones to regulate the metabolism of sugars. When cells in the pancreas begin to form an abnormal mass, the cancer exhibits few noticeable symptoms, and early detection is rare. That makes pancreatic cancer one of the deadliest cancers in existence. Worldwide, it claims an estimated 330,000 lives a year. Despite surgery, radiation, and chemotherapy, the one-year survival rate for patients with pancreatic cancer is about 20%.5

Bettering the Odds Through Science

A major reason for the poor prognosis in pancreatic cancer patients is autophagy, the natural process of degradation and recycling of the body’s cells. In cancer patients, however, autophagy plays an opposite role by promoting cancer’s development.6 For pancreatic cancer patients receiving radiotherapy and some chemotherapy agents, treatments can activate the autophagy process, leading to the creation of therapy-resistant cancer cells. These can cause relapse and the rapid spread of the disease to distant organs.

In an effort to halt the activated autophagy process, OUHSC scientists focused their research on three antioxidant-rich brown seaweed polyphenol fractions: SA-EA, PT-EA, and HT-EA. Initially through cell cultures and then in mice, researchers created pancreatic cancer tumor models and subjected both the cells and the mice to a typical course of radiotherapy treatments. Half the subjects additionally received seaweed polyphenols during treatment.

The research team also relied on the Operetta and Columbus systems to generate critically important images showing significant inhibition of cell activity in those mice receiving the seaweed polyphenol preparation. These visualizations prompted the team to conclude that the anti-cancer activities of seaweed polyphenols not only prevent but also target radio-activated autophagy signaling and associated radio-resistant cell proliferation.4