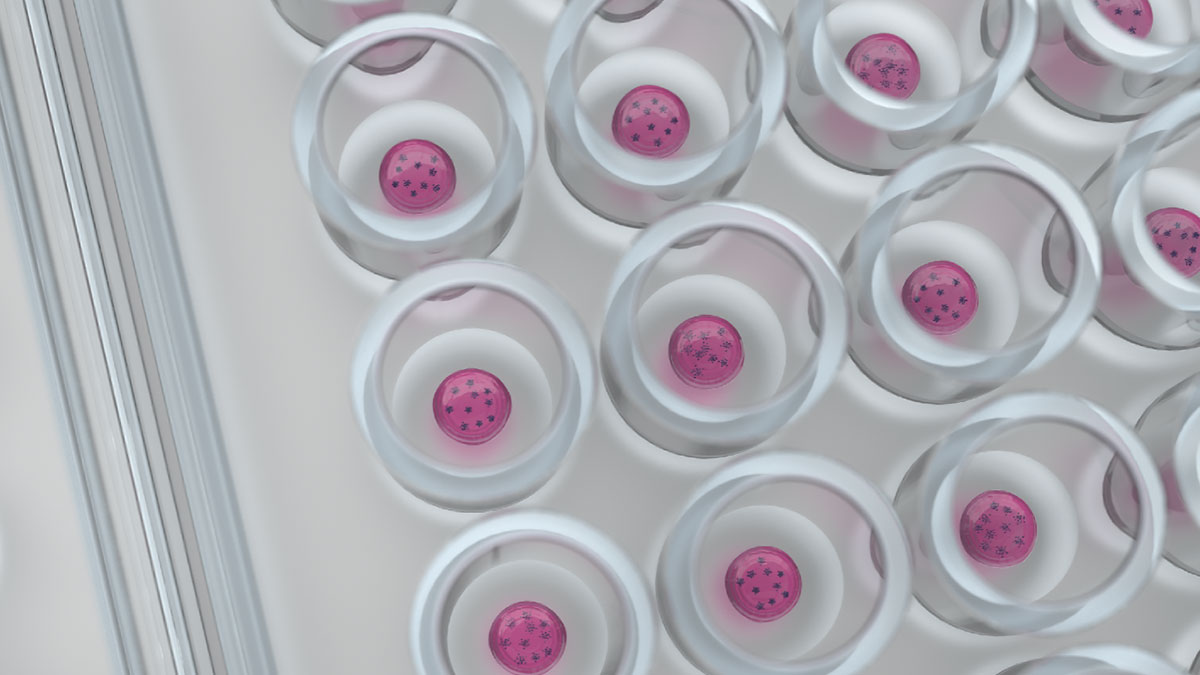 Drug discovery can be a long and expensive process, so researchers are always looking for ways to optimize and enhance workflows. The advent of high-throughput screening (HTS) has enabled the evaluation of hundreds-of-thousands or even millions of molecules in an assay using automated technology, greatly expanding the chemical space explored in search of new drug hits for a given biological target or disease. However, the journey from hit to lead and through to approved drug is filled with difficulties, not least of which is ensuring that a lead compound’s in vitro efficacy translates to animal models or human subjects. By performing cell assays in models which are representative of living tissue, researchers are able to bolster the odds of successful translation.

HTS and other early-stage assays are often performed using cells grown on two-dimensional (2D) surfaces (2D cell cultures); these are cost-efficient, practical to produce, and simple to work with. While these models have been a key component within many successful drug discovery campaigns, they remain vastly different from the in vivo tissues which they seek to mimic. Differences in cell shape and structure, alterations in gene expression and protein synthesis, and increased susceptibility to therapeutics are all factors which limit the translational capacity of 2D cell cultures. Additionally, they do not possess the cytoarchitecture or tissue microenvironment of in vivo systems.

In an effort to address the drawbacks of 2D cell cultures and increase in vivo translational success, the field of drug discovery has focused much effort upon developing more physiologically relevant model systems. Three-dimensional (3D) cell culture allows cells to better replicate the nuclear and cellular shapes, structures, and cell-to-cell interactions found in living systems, thus providing researchers with more representative models for testing and developing drugs. However, the relative difficulty of generating 3D cell cultures in numbers amenable for HTS compared to 2D cell cultures, and the presence of highly optimized and automated HTS workflows for the latter, has complicated the use of 3D cell cultures in drug discovery. That is, until now.

In a collaboration between Inventia and PerkinElmer, scientists recently developed an automated workflow which utilizes RASTRUMTM, a high-throughput bioprinter, to enable HTS drug discovery campaigns using 3D culture assays. The drop-on-demand bioprinter allows researchers to form hydrogels with properties matching various tissue types and physiologically-relevant matrix environments. These 3D cell cultures can be formed with high-precision at quantities and consistencies suitable for HTS by depositing cells and matrix components into standard microplates. Following bioprinting, all further 3D culture handling is identical to that used for 2D cultures. When coupled with AlphaLISA®, a highly-sensitive and scalable assay technology used for the detection of various biomolecules, this automated workflow allows for the use of 3D cell cultures in drug discovery campaigns and employs commonly-used screening techniques and equipment. Taken together, this novel bioprinting workflow empowers researchers to assay large quantities of molecules in a model which is more physiologically-relevant than 2D or spheroid cultures, facilitating more accurate predictions of in vivo drug responses.

To learn more about this technology and workflow, see our paper below.