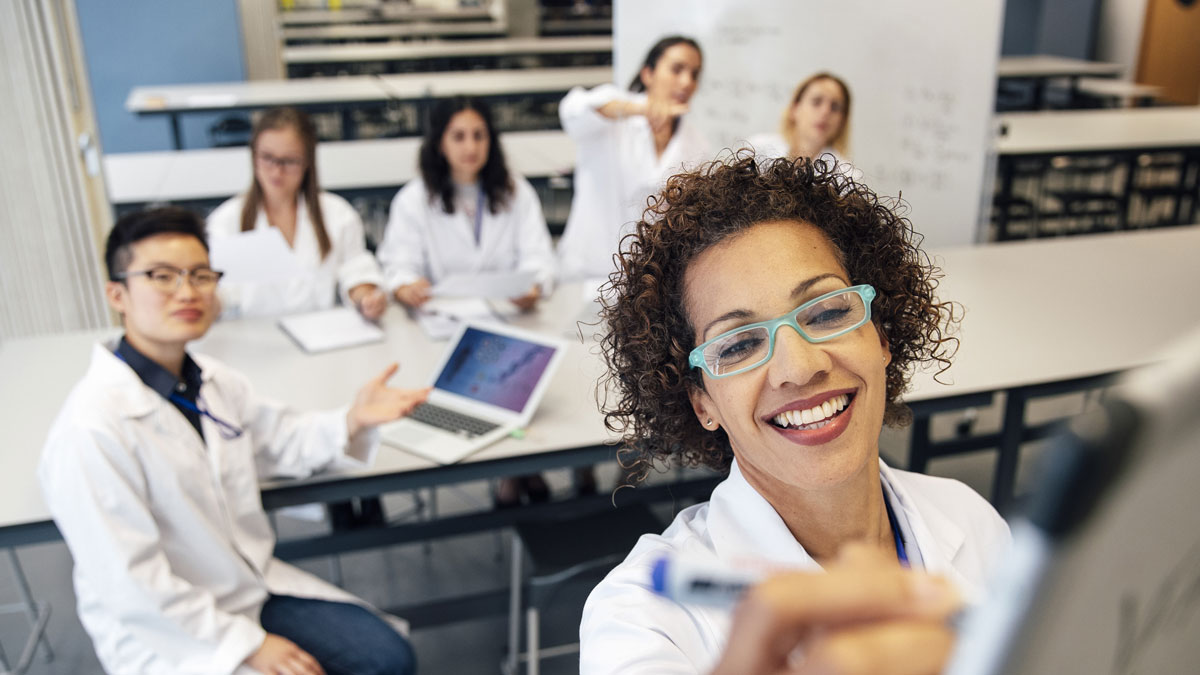 An Introduction to Near InfraRed Spectroscopy

NIR is the commonly used term for Near InfraRed spectroscopy, an analysis technique which has been used in the food and agricultural industries since the late 1970s. Over the years it has become very widely adopted worldwide, as it offers signification benefits over the chemical analysis methods it replaces.

NIR instruments use infrared light to analyze materials. To explain how it works we will use an analogy to how we humans investigate objects we see, by looking at their colors. In the painting below we can see that the lemons are yellow wand the limes are green. To paint these colors, the artist used two different chemical pigments – and just by observing their colors, we can identify them as being different from each other. 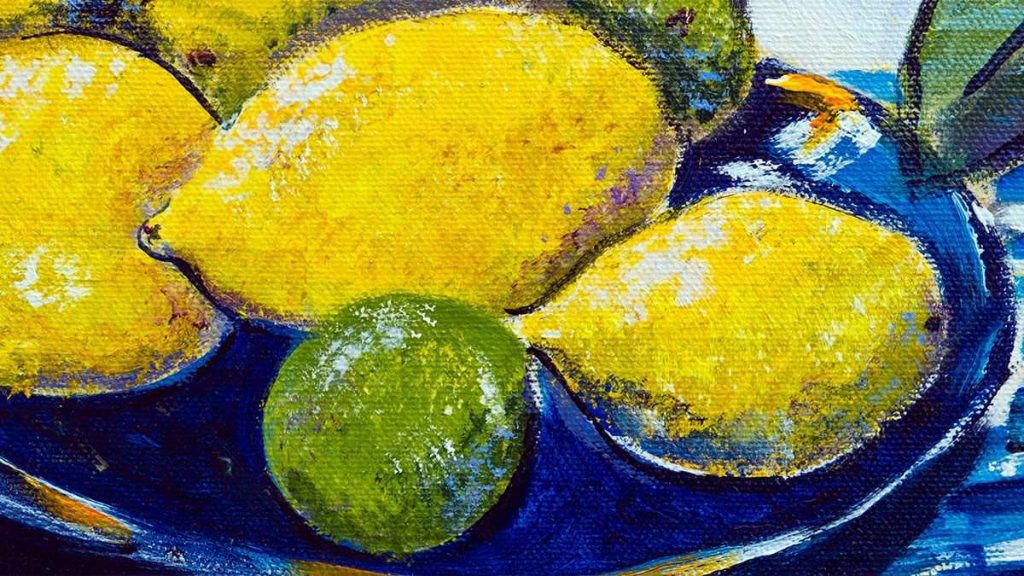 Of course it is not enough to know that there is fat or moisture in our material. We already know that, and what we want to know is the level of fat and moisture. To explain how an NIR instrument can see the difference between 10% moisture and 10.5% moisture we again use an analogy. Look at the three glasses of coffee below. Which of them contains the coffee with the weakest milk flavor?

Yes, the one to the left. It has the most intense color, and we know from experience that more intense color corresponds to a stronger taste and least milk. In the same way the NIR instrument will look at the intensity of the infrared colors of moisture and the other compounds we want to determine, and judge their concentration based on the intensity of their infrared colors.

Just as we have trained ourselves to recognize weak and strong teas just by looking at their color intensity, we need to train the NIR instrument to be able to see the difference between different concentrations. We learned to recognize the strength of tea by tasting different teas, and matching their color intensity to their flavor. In other words we calibrated our eyes to predict what our tongue will taste.

To calibrate the NIR we need to show it a number of samples that we also analyze by the reference wet chemistry method. We then extract the infrared data from the NIR instrument and combine it with the corresponding reference analysis data. A statistical software is used to determine the relationship between the infrared data and the reference analysis data. The result is a mathematical equation, unique to the product and parameter it was calculated for.

What can NIR measure?

Not all compounds absorb infrared light, and it is only those that do which can be measured by NIR. Water does, and so do organic compounds such as protein, fat, starch, sugar and many others. These compounds can be measured by NIR, as long as they are present at a level which is not too low. In many cases the limit for measurement by NIR is around 0.1% but there are a number of examples of applications where lower concentrations are measured.

Minerals and most inorganic compounds do not absorb infrared light and hence cannot be determined by NIR. Physical properties such as density or texture cannot absorb infrared light either. However, there are exceptions to this rule, as minerals sometimes are linked or bound to compounds which can be measured. Also physical properties can be measured in some specific cases, where the physical property is linked to some change in the sample which affects its infrared absorbance. When in doubt, speak to an NIR application specialist to learn more about what is possible and what is not.

How accurate is NIR?

For an illustration of this we use the example of dart. In the dartboard to the left in the image below we see that all three darts are in the middle. They are all in the same place, which means precision was high. They are also on the middle where we actually wanted them to be, so accuracy is also high.

In the dartboard in the middle the three darts are all in the same place, so precision is very high. However they are not where we aimed at, so accuracy is poor. This means that it is possible to have very good precision, but still poor accuracy.

The last example, the dartboard to the right, shows a case with both poor precision and poor accuracy. The darts are not in the middle of the board accuracy is poor, and they are spread out, so precision is also poor. 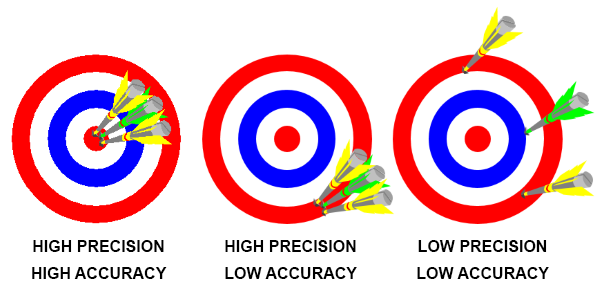 What this means is that to determine the accuracy of a method used in a particular lab, we cannot rely on repeatability studies since they only study precision. The best way to study accuracy is to participate in proficiency tests and compare results with those of other labs. It is also possible to analyze a set of samples at a second lab and calculate the standard deviation between the two labs.

An NIR application specialist who has experience from the analyses you want to perform can tell you what accuracy is normal for your particular application.