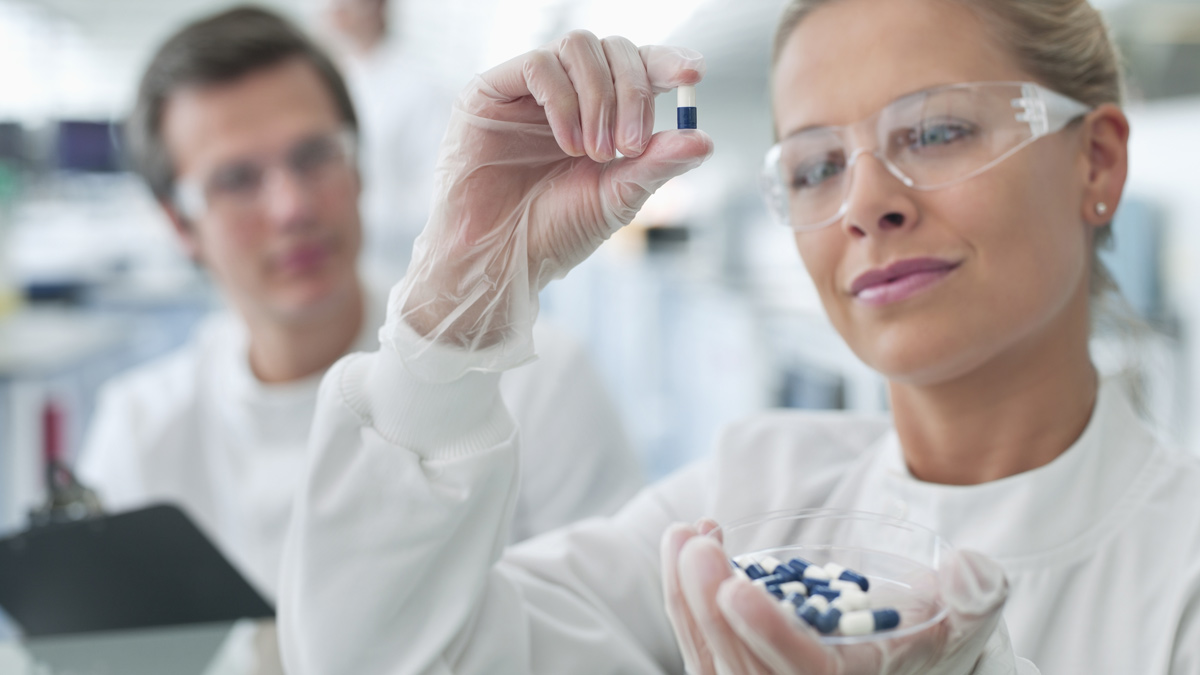 During the drug discovery process, it is important to demonstrate that a small molecule compound can bind with sufficient affinity and duration to the protein target of interest to exert its pharmacological effect. This is known as target engagement and mitigates some of the risks associated with advancing a small molecule towards the clinic. Despite the importance of this information, few options are available to directly measure this binding in an endogenous setting. CETSA (Cellular Thermal Shift Assay) is a proven appealing option.

CETSA gives a quantitative measure of target engagement by assessing binding of the compounds to the target, which imparts thermal stability upon heating. A thermal melting curve is prepared using known positive and negative controls identifying a certain temperature set point where compound-stabilized protein target stays in supernatant and non-compound binding leads to protein aggregation and precipitation. The compound-stabilized protein in solution is then detected by traditional western blot (referred to as a CETSA Classic) or by Alpha technology.

How does Alpha come into play?

Alpha technology is a bead-based system used to detect soluble protein target after thermal stabilization, which will occur when the test compound is bound to the protein target. Utilizing Alpha technology boosts the throughput of the CETSA assay into a format amenable to screening (for instance in 384-well plates).

What is the value of Alpha CETSA?

Gain confidence early. Alpha CETSA kits and toolbox reagents allow you to study compound binding and target engagement in native, live cells under physiologically relevant conditions early in the drug discovery process, saving time and money. Together the assays allow for the study of compound binding to the target protein of interest in the native live cellular environment, confirming whether or not the compound interacts with the target protein. The ability to work in an unbiased and more physiologically relevant setting means no molecular engineering such as tagging proteins is required, allows for the use of disease-relevant cell models, and overcomes limitations of biochemical assays such as recombinant protein production. Alpha CETSA provides the confidence needed to proceed with a compound, improves productivity and could potentially reduce the failure rate in the clinic.

In their work “Positioning High-Throughput CETSA in Early Drug Discovery through Screening against B-Raf and PARP1”, Joseph Shaw et al (2019) showed how Alpha technology was paired with CETSA to screen for molecules that bound to B-Raf or PARP1 directly (CETSA HT assay designated for high-throughput). They suggested that the routine use of cellular target engagement technologies throughout hit finding, lead identification, and lead optimization may expedite the discovery of compounds that directly engage the target of interest thus enabling preclinical and clinical studies to more effectively and safely bring new medicines to patients. The authors further demonstrate that the technology can be used for compound screening to identify hits that are able to access and engage the target of interest in disease relevant cell lines and to determine an apparent measure of potency to rank compounds and inform structure-activity relationships (SARs). In addition they compared a CETSA HT screen for PARP1 binders with a biochemical FP assay and found a good correlation with over 80% of the molecules active >50% in the CETSA HT assay with the immediate advantage of knowing these molecules were cell permeable and could directly engage the target in the cells.
PubMed link: https://pubmed.ncbi.nlm.nih.gov/30543471/

In an earlier paper “Determining direct binders of the Androgen Receptor using a high-throughput Cellular Thermal Shift Assay”, Joseph Shaw et al (2018) demonstrated the ability to use Alpha CETSA to identify agonists and antagonists of the androgen receptor. Androgen receptor is a well-validated target for the treatment of prostate cancer. The ability to use Alpha CETSA to screen for antagonists that engage the androgen receptor in a label free endogenous method is a huge benefit to research efforts. This allows researchers to find molecules that directly bind to the androgen receptor rather than a co-regulator protein which works through additional pathways. By comparison with an engineered screen with a luciferase readout that measures downstream activity of the androgen receptor they found only a small number of molecules from the screening set that bind the androgen receptor and act as antagonists directly. The remaining compounds’ mechanisms of action were focused on different players in the pathway and therefore removed from direct binding making them potentially less desirable and, in some cases, less potent.
PubMed link: https://pubmed.ncbi.nlm.nih.gov/29317749/

Alpha CETSA for target engagement can also be an important predictor of resistance due to upregulation of efflux pumps. In “CETSA-based target engagement of taxanes as biomarkers for efficacy and resistance”, Langeback et al (2019) looked at CETSA for prostate and breast cancer research on a class of drugs called taxanes. They used matched pairs of cell lines that were deemed sensitive and resistant and showed that CETSA could reveal the presence of drug resistant mechanisms. Isothermal dose response CETSA was used to rapidly rank drugs based on their reported potency and the inclusion of efflux pump inhibitor tariquidar on the resistant cell line returned the drug efficacy to the levels of target engagement found in the parental cell line. Additionally, they found CETSA to function well with mouse xenograft samples and patient derived xenograft (PDX) models using tissue as well as cells. Their data supports the claim that CETSA target engagement studies can differentiate between sensitive and resistant tumors in the cases where taxane resistance occurs up to the level of target engagement, for example in the case of altered expression of membrane transporters (influx or efflux).
PubMed link: https://pubmed.ncbi.nlm.nih.gov/31852908/

Alpha CETSA® is a powerful tool to measure target engagement in an endogenous setting without the need to engineer tagged proteins or express recombinant protein. It is amenable to increasing screening throughput and can advance your research with confidence that the candidate molecule binds to the target of interest.